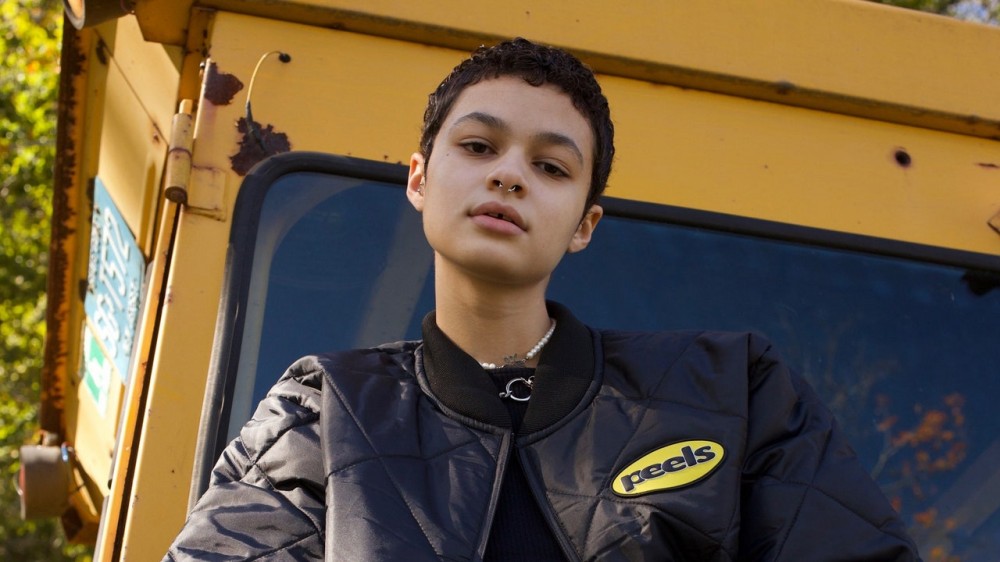 When Jerome Peel, 30, started his label Peels back in 2016, the starched, boxy shirts with a patch surrounded by tiny roses quickly became a model must-have and were spotted on the streets during New York Fashion Week. The simple-yet-catchy shirts were based on the work clothes of his father, a former painter and mechanic who gave Peel his own old shirt with a name tag as a gift. The label hit a peak around 2017—alongside the workwear craze caused by Heron Preston’s sanitation department-themed show—but a recent revamp had Peel leaning towards a more homegrown, DIY punk appeal in lieu of his straight workwear aesthetic.

Like many other designers, Peel hit a roadblock during COVID-19. All of the factories that were producing his clothes—mostly abroad, and one in Mississippi—had shut down. At the same time, his sales were decreasing. “It made me question what I was making, whether what I was making wasn’t good, or if people were spending less money,” he says. Out of options, Peel took time to step back and look at his business model. He found two issues with his business. First, he was outsourcing his pieces to be customized at factories, and second, whenever he needed alterations, like bringing in the sides and sewing on patches, he went to a tailor, which could be quite costly. He also rethought the style of his pieces, as his standard mechanic shirt had become rote. “I reached a point where newness and gimmicks aren’t a thing anymore. If my products aren’t super on point, nothing is going to sell,” he says. “I was watching trends and trying to follow them, instead of putting out what I thought was sick.”

With limited production available, Peel began embroidering, sewing, and screenprinting himself, all in his tiny Chinatown studio. (Currently, his workspace is so small he has to screenprint in the hallway.) With his rudimentary knowledge of sewing, he bought “the cheapest” embroidery and sewing machines that he could find. “It was a lot of trial and error. Anyone can learn how to sew but it takes a lot of time and patience,” he says. “I have sewn through my finger before.” He still works with the factory in Mississippi, a family-owned workwear producer that has since resumed production. Peel takes their classic styles and alters them. But the decision to cut his production abroad has helped him bring all of the customizations in-house. The result is a more DIY punk infusion into his workwear. One of Peel’s early self-made creations was a two-tone shirt composed of striped and blue fabric that didn’t come out quite as polished as he had hoped. “The imperfections don’t make something bad quality or have a shorter life,” he says. “They show that the piece isn’t made by a machine.”

Currently, Peel’s best-selling piece during COVID-19 is a sweatshirt with an embroidered design of a sinister-looking fairy. He’s also created a black bomber jacket and two-toned sweatshirts, both of which boast embroidery and signature patches with the name “Peels”. Even given the steep learning curve, seeing his business slowly develop has been fulfilling for Peel. “I hadn't really felt connected to the audience for so long,” he says. “So to do everything again, and be hands-on, and have all this time to think about how we could make it better, it became so much more personal.”