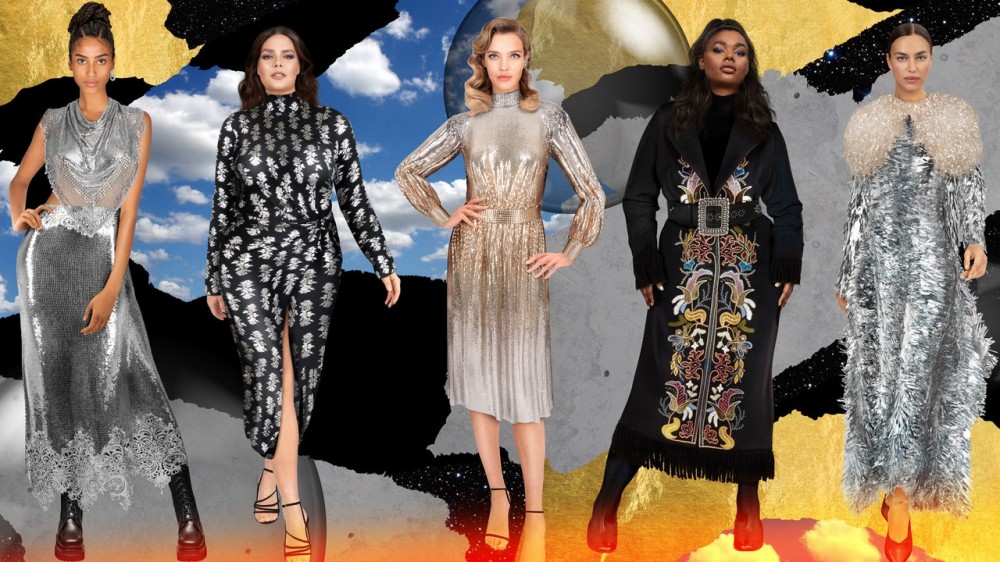 Planning is half the fun of the fashion experience, and no one gets that more than the makers of Drest. The interactive styling game, which launched last year, gives players a chance to curate the perfect wardrobe, test out runway looks, and brainstorm what we’ll all be wearing next season.

The brainchild of Lucy Yeomans, the former editor-in-chief of Harper’s Bazaar UK, Drest’s initial focus was strictly clothing. Today’s launch of Drest x Supermodels adds hyperrealistic 3D avatars of some of modeling’s best-known beauties and a challenge to create virtual editorials. CGI versions of Natalia Vodianova, Precious Lee, Irina Shayk, Imaan Hammam, and Candice Huffine will all be available for Drest’s interactive photoshoots, which utilize looks from brands like Off-White, Chloé, and Loewe, as well as the hairstyling expertise of Sam McKnight and Mary Greenwell’s fantastical makeup. The gameplay considers the realities of the modeling business—online or off, you’ve got to pay a booking fee to get top talent on set—while also providing for the escapism that makes RPGs so addictive. For Yeomans, the addition was a natural next step. “I am incredibly excited that Natalia, Precious, Irina, Imaan, and Candice are joining us on this adventure into Drest’s democratic and beautiful new virtual world,” she shared via email. “Throughout their careers, and especially over this past year, these women have shown us what it means to be a modern-day supermodel—to embrace technology, to use their voices to do good, and to continue to challenge issues and advocate for change.”

Bringing that concept to life meant creating computerized versions of each star. Celebrities in video games aren’t anything new; this year alone, you’ll see Keanu Reeves in the dystopian Cyberpunk 2077 and Kit Harrington engaging in space warfare in Call of Duty: Infinite Warfare. Still, Drest is among the first to take the technology into a fashion context. For those involved in the process, it was fascinating. “It was incredibly cool,” shared Hammam. “I was surrounded by thousands of cameras that took photos of every part of my body. We had to work the hair and do several looks to ensure it looked like me.” A self-confessed gamer, Hammam knew immediately that she wanted to be a part of the project. “When I was in school, I used to play all these different games on my phone where you’d create your avatar,” she says. “Lucy is someone close to my heart, as well. I met her in Kenya in 2017 and immediately fell in love with her. It’s great to have people like her in the fashion industry who are doing the right thing for the right reasons.”

Gaming experience is a bonus, but you don’t have to be a techie to appreciate the functionality; Precious Lee’s interest in mood boards has informed her app usage. A fashion devotee since her high school days in Atlanta, she regularly organizes visuals from the runway and pieces that catch her eye into collages. “Doing things creatively whether it’s on the phone, iPad, or computer is something we’re all engaged in right now,” she says. “I see this as a more conscious way of being on your phone. You’re putting together ideas, assembling your inspirations. I’ve made mood boards since I was a kid, so the ability to have them be interactive and use the latest collections of my favorite designers is incredible.” Drest’s use of a variety of body types within its avatar range was another plus for Lee. “It’s a blessing whenever I can express myself creatively while empowering and uplifting others,” she says. “To me what’s ‘super’ isn’t just how can you express the mood of a shoot or runway show; it’s [also] about what your values and personality are.”

To that end, the women chosen to be part of the game are more than mere mannequins. Selected by Yeomans to reflect what is happening in fashion at present, they represent a range of backgrounds, experiences, and age groups. Though the game will be offered in preview from December 1 to 9, afterward when users book a Supermodel, 5% of their purchase will be donated to a charity of the models’ choosing. Drest also pledges to match 50% of revenue earned by the Supermodels in-game and donate this to their respective causes. Vodianova’s Naked Heart Foundation supports children with special needs, while Shayk is giving to the Russian foundation, Pomogi, which assists the families of those in need of costly medical procedures. Huffine selected the Movemeant Foundation, a body positive organization that builds self confidence in young girls. Lee’s choice of BayGanda supports young girls’ academic and creative aspirations in Uganda, and Hammam serves as an ambassador for the nonprofit She’s the First, which is empowering female education worldwide.

For Hammam giving back is an essential part of the equation. “For me [the concept] of supermodel is about the power to raise awareness about what matters,” she says. “When I look at my own story, starting modeling back when I was 17 and being able to follow my dreams and choose my future, it’s because of the amazing women in my life. The support I received from my mother—the aunties. Dad was great too, but they led the way and encouraged me to fight. We have to make sure women are respected, educated, and heard. It’s an honor to be able to use these opportunities to do that.”

With its creative gameplay and charitable component Drest is a diversion you can feel good about. For Hammam, who has spent the better part of the year back home in Amsterdam with family, and Lee, who headed back to Georgia to vote in the presidential election, the events of 2020 necessitate positive pastimes. “There have been so many ups and downs,” says Hammam. “It’s been a roller coaster and a rough time for all of us, but I’m so grateful to have been able to go home and to still have a mom that takes care of me! Normally I’m always on the go and don’t get to live in the moment. Now I’ve been able to figure out who I want to be and how I want to give back.”