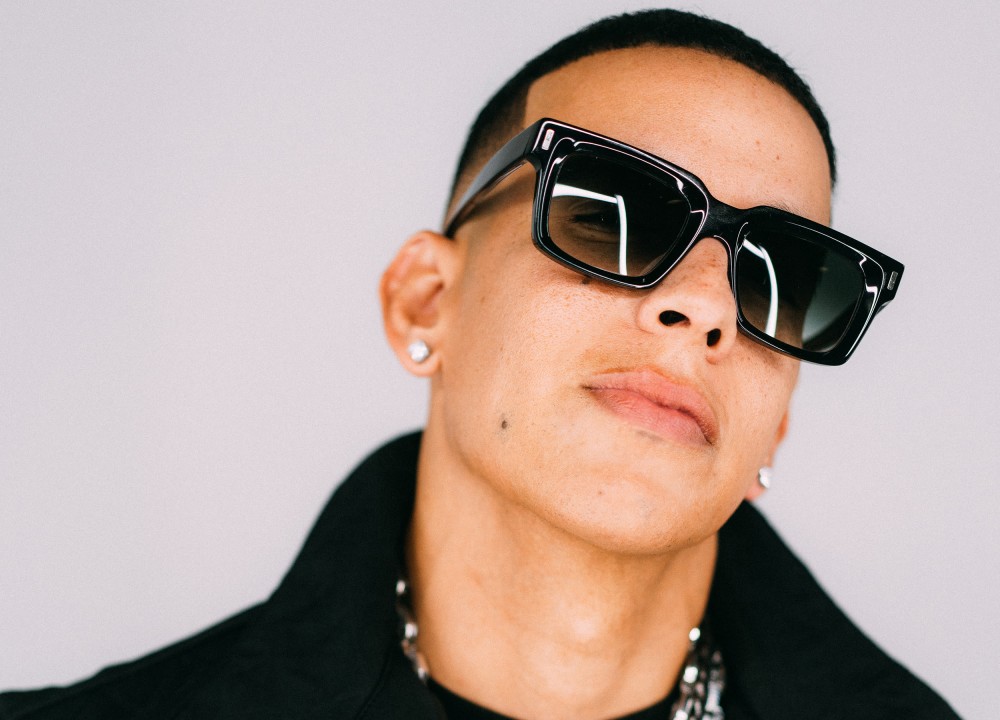 When two legends co-exist and support each other, music magic happens. Two prominent artists currently doing this are none other than Daddy Yankee and Bad Bunny, who just released (April 6) their sci-fi music video for “X Última Vez” — their last collaboration off Daddy Yankee’s final album, LEGENDADDY.

“The video of X ÚLTIMA VEZ is out! We stopped the world,” Daddy Yankee posted in Spanish on Twitter along with Bad Bunny’s tag and an emoji of a goat and a bunny.

Directed by Fernando Lugo, the music video starts by featuring two artists in sunglasses set in a futuristic time, surrounded by marching robot-like beings. In this almost post-apocalyptic universe, the two icons navigate deserted spaces like a parking lot, hallway, and playground, presenting an eerie feeling of abandonment. The solitary mood pervades throughout the video clip, showing humans in different emotional stages: some still human-like bonding with their partner, others completely absent-minded with spotlights on their chest that eventually transform them into something else. In the end, we see a goat and bunny, presumably representing the two legends.

Assuming this is really Daddy Yankee’s retirement album, we get a bittersweet feeling listening to this last single together. Nonetheless, Twitter fans are excited over the new visuals of them together.

Everybody say thank you to Daddy Yankee and Bad Bunny for giving us this chef kiss of a line pic.twitter.com/NYkqJF87li

OMG new song/video is 🔥🔥🔥! Both Bad Bunny and Daddy Yankee look so good! And the fact that DY is like 20 years older than Bad Bunny is crazy. And I love the goat and bunny reference 😍 #BadBunny #daddyyankee #XULTIMAVEZ pic.twitter.com/AzsbKmu4Cq

However, other Twitter users are confused about why they decided to censor some of the explicit language on the music video.

Not the best part of the song getting censored out in Daddy Yankee X Bad Bunny’s “X Últimate Vez” music video💀 pic.twitter.com/Pq9KRCeEXu

“X Última Vez” is the seventh collaboration the two have worked on, capturing the two legends in one once again. Other notable tracks by the two artists include “La Santa” on Bad Bunny’s YHLQMDLG from 2020 and “Vuelve,” released in 2017.  We will definitely miss the two working together!

Watch the video for “X Última Vez” below.