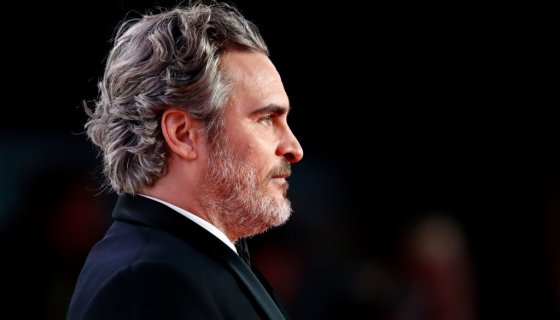 may have dominated the screen while , but when it comes to stepping up and being an ally to people of color facing inequality, he’s nothing but serious.

On Sunday (Feb. 2) while on stage accepting his award for Best Actor for , Joaquin Phoenix took the time to call out the others and himself for the lack of diversity and not doing more to make sure people of color felt not only welcomed but fairly represented.

“I feel conflicted because so many of my fellow actors that are deserving don’t have that same privilege. I think we send a very clear message to people of color that you’re not welcome here,” Phoenix said. “I think that’s the message that we’re sending to people that have contributed so much to our medium and our industry and in ways that we benefit from.”

Phoenix’s speech comes just one month after BAFTA faced controversy once again for lack of diversity and inclusion after female filmmakers weren’t included in the Best Director slot nor actors of color in the remaining categories. Harriet actress Cynthia Ervio (who is nominated for an Oscar) was shut out of the nominations but was asked to perform.

“I don’t think anybody wants a handout or preferential treatment, people just want to be acknowledged, appreciated and respected for their work,” Phoenix continued. “This is not a self-righteous condemnation. I’m part of the problem. I have not done everything in my power to ensure that the sets I was on are inclusive. But I think it’s more than just having sets that are multi-cultural. We have to really do the hard work to truly understand systemic racism.”

Although you can tell it was mildly uncomfortable for Phoenix to address in a room full of his peers, thespians of color took to social media to show their support in his decision, including , , and director Lulu Wang.

An uncomfortable silence filled the hall for a long noticeable moment. Thank you Joaquin.

While many in the room looked uncomfortable, Joaquin Phoenix seemingly appeared unbothered as a he did a proverbial mic drop before exiting the stage. Although Phoenix’s speech was powerful, it will be nice to see if Hollywood will finally take heed.