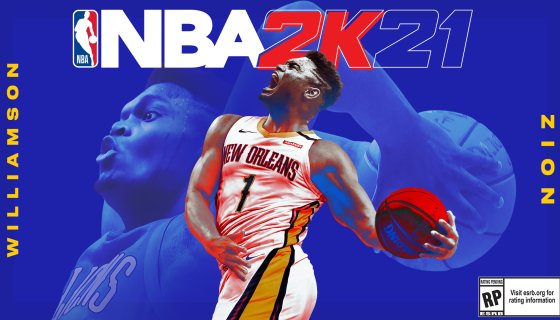 Zion Williamson is racking up accomplishments off-court already. He can add gracing the cover of the next NBA 2K game to his still-growing list.

Yesterday, NBA 2K announced that “Everything is Dame” revealing that version of NBA 2K21. In a move that makes all the sense in the world, the future of the NBA, , was introduced as the cover athlete for next-gen consoles, and version of the insanely-popular basketball video game franchise.

Like Lillard, the news was announced on the leagues recently started TikTok page that NBA 2K20 cover athlete,, helped launch.

Our #NBA2K21 Cover Athlete for Next Gen 💪

Speaking on the accomplishment, Williamson described gracing the cover of NBA 2K21 as a dream he has had since he was a kid.

“Being on the cover of NBA 2K has been a dream since I was a kid, and to be the first NBA 2K21 cover athlete for the next-generation of gaming is really special. Since the day I joined Team 2K, I’ve wanted to make an impact on basketball culture both on and off the court, and being the cover athlete for NBA 2K21 on next-gen consoles lets me do that. I can’t wait to be part of this global phenomenon and hoop with all the ballers out there on NBA 2K21.”

Alfie Brody, VP of Marketing at NBA 2K spoke on Williamson being selected to usher in the new generation of the game franchise adding :

Also, just like Lillard, the New Orleans Pelicans phenom will be partnering with. It will work with Zion directly to renovate a site in New Orleans for the local community.

While the move makes total sense, there is a contingency of people who feel Zion isn’t deserving of the honor because of his small sample size of NBA action. Some think , who many feel is this year’s NBA Rookie of The Year, deserved the honor due to his surprising rise in the league. Morant has already shown Zion’s 2K21 cover love on Twitter.

BUT, its a very fair assessment, but you cannot deny Zion’s impact on the league even if he didn’t play the entire season.

can someone explain to me why a rookie who didn’t even play 1/4 of a season got to be on the cover?

Plus, once he stepped on the court, he made his presence felt immediately averaging 23.6 points, 6.3 rebounds in just the 19 games he played helping the Pelicans make a push for the postseason. Maybe they could have had a joint cover, but we don’t see anything wrong with 2K’s choice at all. With the announcement of Williamson cover 2K21, that just leaves one more NBA player left for the NBA 2K21’s ‘Legend Edition.’ Last year retired Miami Heat superstar, , held that honor.

If we had to guess, we would think that honor would go to the late . It only makes sense. We officially find out July 2, when NBA 2K21 is available for pre-order. Until then, you can peep the reactions to Zion Williamson covering the next-gen version of NBA 2K21 in the gallery below.

Man played 19 games and already got a cover lmaoooooo pic.twitter.com/LjlbBuoLRM

List of NBA players who deserve to be on the 2K Next Gen cover over someone who has only played 19 games in his 1st season:

Zion Williamson is on the cover of NBA2k

Zion Williamson on the cover of #NBA2K21 what a young god! pic.twitter.com/Y9ljXyJSPk

can someone explain to me why a rookie who didn’t even play 1/4 of a season got to be on the cover?

The 5 year rise from unknown to a global superstar. Couldn’t have happened to a better person.

Although @Zionwilliamson was the #1 pick, he only played 19 games. There are better players who played more games who deserves it more. For instance, Ja Morant, Trae Young, and or Luka Dončić. I'm not hating on Zion, I'm just stating facts. #NBA2K21 pic.twitter.com/uTNz88YZq1