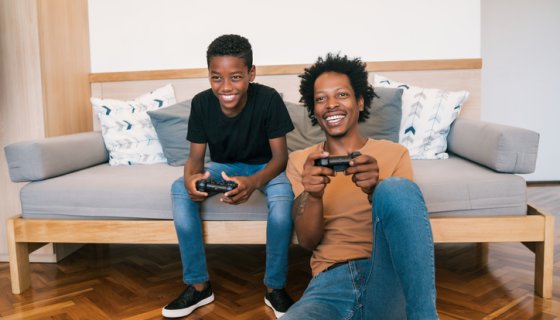 Believe it or not, Black teens want to play video games professionally too, and are pretty damn good at it. is looking to give these gamers the opportunity they deserve.

The streaming giant announced its partnership with the organization Cxmunnity, which pushes gamers of color to participate in Esports and within the gaming community to form the first-ever Esports League for and Universities. The new league will provide HBCU students with educational and scholarship support through Twitch Student while helping expand HBCU’s Esports programs.

Colleges having Esports teams is nothing new. In fact, there are more than 200 universities that have teams or clubs associated with TESPA, Collegiate Star League, and the National Association of Collegiate Esports. Out of that large number of universities, only one is an HBCU sadly, Morehouse College in Atlanta. Twitch and Cxmmunity hope they can change that with this partnership.

It’s no secret Black teens pick up the sticks. In fact, according to the International Game Developers Association, an estimated 83 percent of Black teens play video games, but sadly that doesn’t lead to jobs in the gaming industry.

If you happen to look at Esports programming, you would immediately notice the lack of melanin in the industry that IGDA says 68 percent of video game creators are of European or Caucasian descent. Both Twitch and Cxmmunity are hoping to fix that glaring issue within the booming industry by opening “pipeline for Black talent in the esports industry,”

Chris Peay, CoFounder of Cxmmunity, spoke on the excitement of working alongside Twitch to full his organization’s mission:

“As a graduate of an HBCU and knowing first hand how we’re underrepresented and just lack the access to get into gaming, I’m excited to be working with Twitch to fulfill our mission in increasing the participation of minorities within these industries and close the digital divide.”

We are excited as well because, honestly, this is long overdue. The gaming industry is prevalent in the Black community. Like any other form of entertainment loves to use our culture, see Fortnite, or . BUT when it comes to making money or getting jobs in the gaming industry like white gamers who work its crickets for Black players.

To get your first view of the HBCU league 3PM on Sunday, August 2nd, you can head over to Cxmmunity’s Twitch channel. This is definitely a step in the right direction.