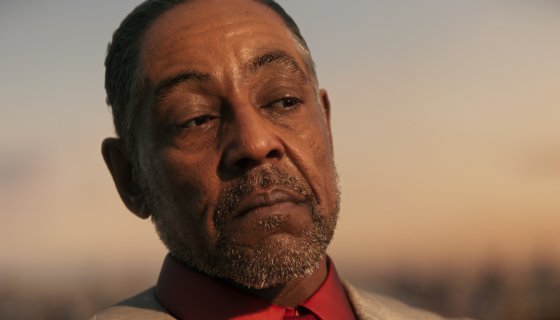 The first game out the gate during the roughly 15-minute virtual presentation we got a look at was . Before we got to see the game in action, a cinematic trailer detailing the third game in the Watchdog franchise introduced us to the protagonists of the game while unveiling the futuristic London setting the game will take place in.

Once that wrapped, we were treated to a breakdown of the many protagonists we can look forward to using in the game through recruitment. In the gameplay overview trailer, we learn that there is no one way to complete a mission in the game and that each character, whether its a “John Wick” looking assassin down to a construction worker, each has their own unique set of skills to tackle quests.

We were also introduced to the game’s villains. On one end, you will face the government-appointed private security company called Albion who was tasked to “restore order” in London following a series of bombings at cultural and tourist spots by a technologically-advanced group called “Zero-Day.” Watch Dog’s protagonist hacker group, DedSec was framed for the incidents and now have to work to clear its name while trying to stop London from becoming an authoritarian regime. You will even have to deal with a criminal organization led by a villainess named Mary Kelley, that uses technology to take people as slaves and steal people’s organs.

Watch Dogs: Legion officially arrives on PS4, Xbox One, Google Stadia, and PC October 29 and can be upgraded for free to PS5 and Xbox Series X.

Up next is the Vikings edition of Ubisoft’s famed Assassin’s Creed franchise.

We got our best look at Assassin’s yet during the virtual presentation. Viewers were treated to even more gameplay. We got to see the new visceral combat system, which now allows players to bash, dismember, and behead your foes. Other new features showcased were the main protagonist Eivor who can either be male or female dual-wielding weapons, leading raids and assaults and partaking in other open-world activities.

Assassin’s Creed: Valhalla arrives on PS4, Xbox One, Google Stadia, and PC November 17, 2020, and can be upgraded to PS5 and Xbox Series X for free 99.

Last but certainly not least, Ubisoft finally got to the chance to announced its worst-kept secret Far Cry 6.

Last week news that Breaking Bad actor bringing his legendary acting skills to the video game world taking on the role of President Anton Castillo. In the brief introductory trailer, we meet Castillo and his son Diego. Anton is grooming his son to take his place as leader of the fictional tropical paradise called Yara, which can quickly draw a comparison to Cuba. As Castillo is talking to his son, we see glimpses of the paradise in turmoil during a revolution.

Along with the world premiere trailer, it was also revealed that Far Cry 6 will launch on Xbox Series X, , Xbox One, PS4, Stadia, and PC February 18, 2021. Like the other two big-name titles coming this year, you will be able to upgrade to next-generation consoles for FREE.

Ubisoft’s future is looking real bright, we can’t wait to get our hands on all three forthcoming games.