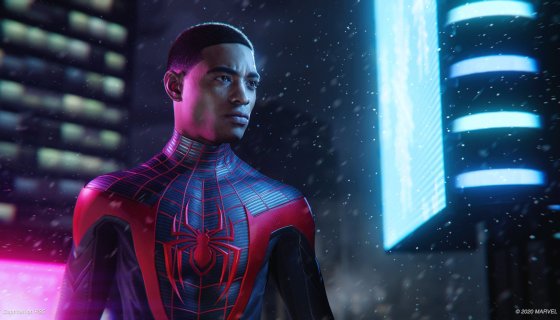 Sony’s might have been the crown jewel of last night’s , but our favorite Spider-Man, Miles Morales, stole the show.

Sony came out guns blazing or, in this case, web-shooters shooting opening up with the gameplay trailer for Insomniac’s Marvel’s Spider-Man: Miles Morales. Fans were excited to see that hero from the film is going to be a playable character in his own adventure and that the game will be available when PS5 launches Holiday 2020.

In the exceptional Marvel’s Spider-Man game, which swung on PS4 exclusively back in 2018, gamers got the chance to control Miles in a small part of the game. Unfortunately, he hasn’t become the hero we love yet, but he is currently under the tutelage of OG Spider-Man, Peter Parker.

We are already getting more information on the game. It has been revealed that it won’t be a standalone title but another expansion to the previously released Spider-Man game that will also be on PS5 but enhanced. Sony’s EVP head of European business confirmed in an interview with The Telegraph that Spider-Man: Miles Morales is indeed not a sequel but an add-on while revealing the original game has gotten some “major enhancements.”

“I guess you could call it an expansion and an enhancement to the previous game, “but also within the game as well, there have been major enhancements to the game and the game engine, obviously deploying some of the major PlayStation 5 technology and features.”

This makes perfect sense and would explain why the game will be ready when the PS5 console launches. There is no word if the PS4 version of the game will get the Mile Morales expansion, but we wouldn’t bet against that. Marvel’s Spider-Man on the PS4 and loved by gamers and critics. We expect it to do well again when the game drops on PS5 as well.