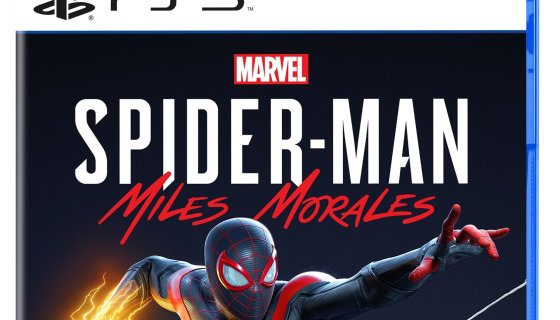 Sony has been its next-generation system, the Playstation 5, and details surrounding it. Today (Jul.9) we got our first look at what the box art for the PS5’s games will look like.

Using it’s most talked about launch title, Spider-Man: Miles Morales, PlayStation revealed on its blog what to expect when PS5 games hit physical store shelves. The case will take its cues from the PS5 console following the white and blue colorway scheme. The PS5 game cases do look like they are the same in size as the PS4 game cases. The only difference is the blue has been swapped out with white.

Outside the box art unveiling, no further details were revealed, most specifically pricing of the upcoming game. announced its PS5 game will cost $70 at launch. It’s not clear if Spider-Man: Miles Morales will cost that much at launch. We would assume the game would cost less because it’s not a “full” game.

While about the highly-anticipated game, Brian Horton, Creative Director at Insomniac Games, spoke on the size of Miles Morales standalone adventure comparing it to Uncharted: The Lost Legacy spinoff in terms of scope.” So we expect we’re guessing $40-$50 would be the cost of the game.

Regardless of size, Sony has the utmost faith in the game and who can blame them. The response to its reveal was overwhelmingly positive, and Marvel’s Spider-Man sold exceptionally well on the PS4. We have no doubt that when Mile’s swings into action on the PS5, the results will be any different.

We expect to hear more news slowly dropped ahead of PlayStation’s upcoming release.