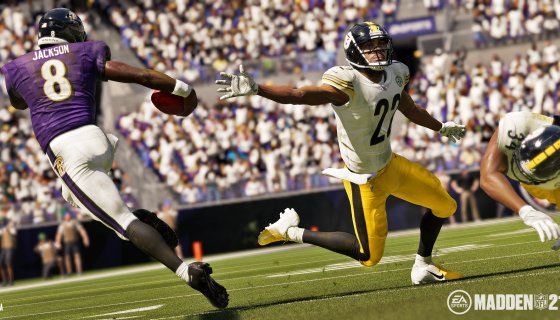 With sports currently on ice due to COVID-19, Madden NFL 21 and its overall player ratings took center stage.

EA officially announced today that the Madden ratings hub featuring the overall ratings for the leagues 2000+ players/teams is now live. The arrival of the updated list for this year’s game follows after the Madden NFL 21+ ESPN ratings rollout last week. Madden starting the ratings hub back in 2017 for Madden NFL 17.

Starting with Patrick Mahomes on Monday (Jul.13), Madden announced the players who would be in this year’s 99 Overall rating club on ESPN’s morning sports show, Get Up, which also included Christian McCaffrey, Aaron Donald, Stephon Gilmore, and Michael Thomas.

If you have been paying attention to Madden Twitter, the NFL players have been reacting, mostly negatively, to their ratings. NFL superstars like the Houston Deshaun Watson, Denver Broncos running back Melvin Gordon and Madden NFL 21 cover athlete, and current NFL MVP, , was in utter disbelief about their ratings.

Looking to capitalize on NFL players reacting to their virtual counterparts ratings, Madden’s official Instagram account will also start sharing a post a day of featuring superstar’s hilarious commentary on the best of the best in the league. You can watch the first video below and remember to pick up Madden NFL 21 when it drops worldwide on August 28, 2020, on PS4, Xbox One, Google Stadia, and PC.