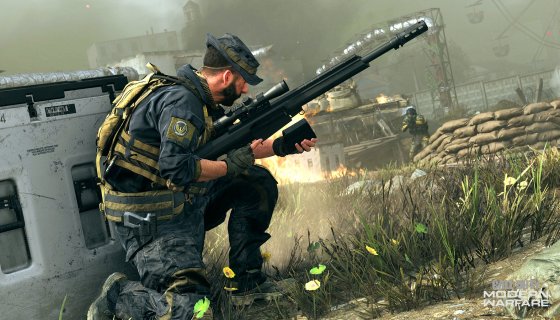 just got even bigger, and we’re not just talking about download size either.

Announced today (Jun.29), Warzone will be getting another seasonal update that will introduce a new limited-time 200 Player Battle Royale mode that will push the number of combatants on the virtual battlefield up. Initially, only up to 150 players can battle it out on the Verdansk map. When the new update goes live June 29 at 11pm PT and on June 30 at 2am ET/7am BST, the number will increase to an astounding 200 players in Battle Royale Quads.

That’s not all that’s coming with the update. A new weapon, map, operator, and much more are on the way as well. Snipers, this update favors you thanks to a new sniper rifle called the Rytec AMR. The new weapon joins the other three sniper rifles already available and can be obtained in-game challenge. You can also acquire the new sniper rifle thanks to a blueprint variant the Store the ‘Lost Souls’ bundle.

An added bonus, as revealed by IGN, there will be spotter scope placed around Verdansk. This new scope will give its user an insane advantage by removing the sun glare that usually gives camped sniper’s locations away. Attached to the “.50 caliber-chambered beast,” the Rytec AMR, you will become the most dangerous player on the map.

A new map called Cheshire Park is on the way as well another new game mode call Team Defender. Cheshire Park drops players in London, England and players will battle it out in “picturesque garden and conservatory where Operators will battle from door to door or through the central flora-filled area​.”

Team Defender game mode is not new to veteran COD players and was introduced to the first-person shooter game franchise nearly a decade ago. It puts a unique spin on capture the flag, players now have to hold the flag for as long as possible to earn points for your squad.

Last but certainly not least, if you’re new to Call of Duty, starting tomorrow, a Warzone starter pack will be available.

For $4.99, players will be able to boost their loadouts, Operator collection, and XP earn rate, and it includes:

This update, when it arrives, will take up space. Owners of the full version of Call of Duty: Modern Warfare can expect a download size of 22-36 GB plus console users will need a secondary 3.5 GB download. For free-to-play, Warzone players should expect a download of 22-30 GB.