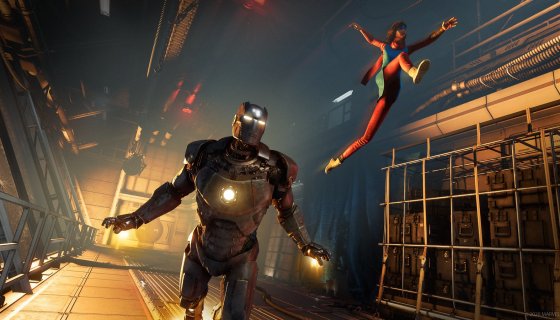 At this point, its looking PlayStation is indeed the best place to play when it comes to . In a new post shared today (Aug.4) on PlayStation’s blog, Crystal Dynamics revealed that even more exclusives that PS4 players will get to enjoy before Xbox, Stadia, and PC owners.

Today’s post focused on Community Challenges, a feature that will be featured in all versions of the game. The feature will see players trying to accomplish goals to unlock rewards. Crystal Dynamics was very stingy when it came to revealing precisely what those rewards will but did announce it won’t be difficult for players to take part in the challenges and that they could look forward to new ones each month.

But like Spider-Man and the , PlayStation owners will have access to exclusive Community Challenges. PS players will also be blessed with Legendary and Epic outfits, emotes, and takedowns (a cosmetic upgrade that heroes can perform when certain circumstances are met) as a timed exclusive for 30-days. It was revealed they will apply to all six core Avengers at launch plus post-launch characters like Hawkeye.

But wait there is more, PS Plus owners will also be given a free bundle for Ms. Marvel and for other post-launch characters. The package will include a rare outfit, 100 credits, and a nameplate. Players can expect to receive their free goodies when Hawkeye drops.

Marvel’s Avengers arrives on September 4 on PlayStation 4, Xbox One, Stadia, and PC. PS5 and Xbox Series X owners will be able t for free at a later date.