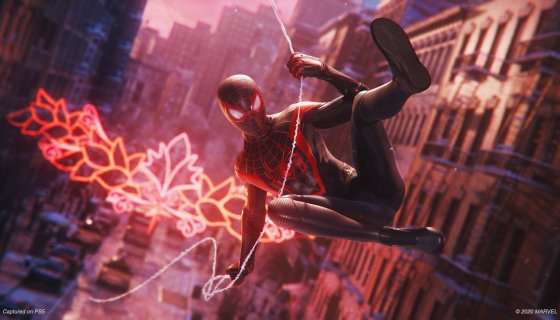 There were many games shown during Sony’s, but Marvel’s Spider-Man: Miles Morales stole the show. Now we are getting even more details about the highly anticipated game.

We already know that when Miles Morales finally dons the infamous black and red Spider-Man costume and swings into action the PS5, it won’t be an add-on but . Today (Jun.18) on PlayStation’s blog, Brian Horton, Creative Director at Insomniac Games, dropped even more juicy tidbits about the studio’s upcoming PlayStation 5 exclusive.

In the post, Horton revealed the studio loved the character, Miles Morales, for a “very long time” and that Marvel’s Spider-Man creative director Bryan Intihar suggested years ago that Miles should be in the same universe as Peter Parker.

The game’s timeline and some of the plot was also revealed, placing it a year after the events of Marvel’s Spider-Man.

“Let’s set the scene for the game a little more. It’s now wintertime, about a year after the events of the first game. Marvel’s New York is covered in snow, and just before Christmas break, a war between an energy corporation and a high-tech criminal army has broken out. Miles’s new home in Harlem is at the heart of the battle.”

Horton even touched on the size of the game, comparing it to Naughty Dog’s fantastic women-led Uncharted: The Lost Legacy “in terms of scope.” The team has been working hard on Miles Morale’s story since wrapping up the development of Marvel’s Spider-Man. Horton promises that fans can expect a full story arc when they press start and begin Mile’s journey.

Last but certainly not least, Horton also revealed to fans worried about Peter Parker that he is okay and that his adventure will continue “still have much of Peter’s story left to tell.” Horton made sure to point out that this game is “all about Miles” and that his story is “a critical part of our Spider-Man universe, and you won’t want to miss what happens.”

We can’t wait to play when the game drop along with the PS5 holiday 2020 or according to the in November.