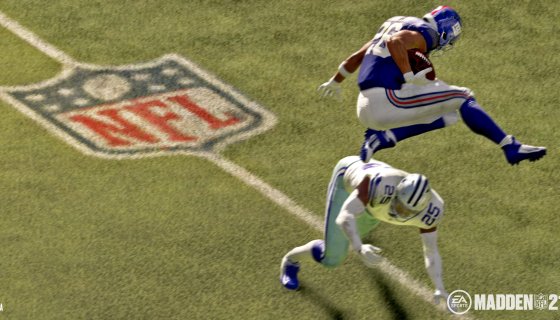 Madden NFL 21’s announcement trailer of the football video game franchise, but this latest video showing off the updated controls might rectify that.

One of the biggest complaints from Madden fans was the game looked the same, but does it feel the same when you play it? According to a new video dropped by EA showing off Madden NFL 21’s new “Complete Control” mechanics, it promises that gamers will get a unique experience.

The video kicks off with the introduction of the new pass-rush controls in the game that promises to bring the action to the line of scrimmage and make playing as a defensive pass rusher more responsive and fun to play. All pass rush moves have been assigned to the right stick and trigger buttons, which will allow players to perform the exact move every single time.

Madden NFL 21 will also introduce an on-field trainer that will show you exactly how many more times you have left to perform certain moves. So that means you won’t be able to cheesy with those swim moves playa.

Now don’t worry; it’s not just the defense that will be getting some updated controls thanks to the “Skill Stick” ball carrier system. The right stick will now serve as the primary control point between you, the defender, and open the field the narrator reveals in the video. All of your moves can now be linked together, making for some impressive animations as well as making bringing down NFL players like Madden NFL 21 cover athlete Lamar Jackson and Saquon Barkley a chore.

There are also two new moves players can look forward to using to break a defender’s ankles, the side hurdle (jurdle), and a move called the “dead leg.” They can also be linked with the other classic juke and spin moves.

Oh, and not everyone will be able to perform the same animations as they will be specific to certain archetypes to ensure only the best ball carriers have the best moves.

To neutralize those ball carriers, Madden NFL 21 is introducing “Realistic Open Field Tackling.” Gone is the “guided missile” feeling players as they hit ball carriers with bone-crushing tackles. Now players can look forward to more well-timed tackles that resemble the open-field tackling you see in the league today.

Last but certainly not least, EA promises to deliver an even more authentic NFL experience in Madden NFL 21 thanks to new “authenticity improvements.” Immersion breakers have been completely eliminated, which makes the gameplay more authentic and realistic.

Madden fans will notice visual updates like players keeping their momentum as they run out of bounds, reaching for extra yardage to get first downs and diving for endzone pylons.

The quarterback position will also see some changes. All-new physics-based animations create more authentic moments when QB’s throw under pressure and when they are hit. This will significantly affect the outcome of your pass.

Last but not least, you will be able to celebrate anywhere on the field now, whether it’s after a sack or converting a big play. This should have been the trailer they ran with first honestly. Madden NFL 21 drops worldwide on August 28, 2020, for Sony PlayStation 4, Microsoft Xbox One, and PC Origin and Steam.

EA SPORTS will also offer Dual Entitlement, creating ways for players who purchase either an or to upgrade their copy of Madden.

You can watch the Madden NFL 21 official gameplay deep dive below.