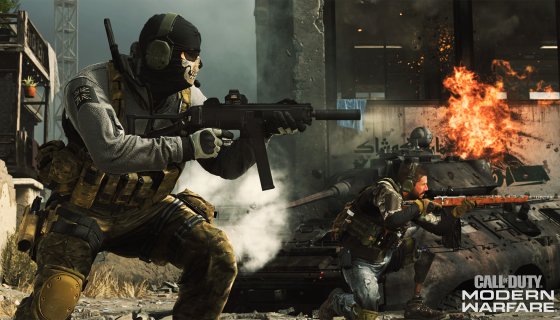 We are truly in some sensitive times, and the video game world recognizes that.

As protests continue to happen across the United States and the rest of the world, video game companies are either making the correct decision to announce they are standing in solidarity with Black protestors by pushing back announcements, events, and now… game updates.

“While we all look forward to playing the new season of Modern Warfare, Warzone and Call of Duty: Mobile, now is not the time.”

“We are moving the launches of Modern Warfare Season 4 and Call of Duty: Mobile Season 7 to later dates.”

“Right now, it’s time for those speaking up for equality, justice, and change to be seen and heard.”

“We stand alongside you.”

Activision wasn’t alone either. PlayStation and EA Sports both announced they . Naughty Dog even released a statement in support of #BlackLiveMatters as well.

Of course, the news of Season 4’s postponement was met with positive reactions, BUT some feel a video game update is more important than Black people demanding justice and voiced their “disappointment” in Call of Duty’s decision.

I'm never spending another dollar on this game. You just lost my money. Im so over you guys releasing stiff late all the time. You clearly said the last time you dropped content late that it "was a one time thing" and here you are lying and doing it again.

You can peep all of the reactions to Call of Duty’s great decision in the gallery below.

''All the incels crying.'' pic.twitter.com/OviQOebNaX

Are you fucking kidding me @CallofDuty pic.twitter.com/BO3swjlBjc

Yes racism is a problem that unfortunately still occurs across the globe . However I don’t think The racist problems should have anything to do with a game at all. Absolutely ridiculous and off topic. I’ve seen all of the bad events on the news but was excited for the update:(

As I'm checking for Season 4 this morning !! Lmao fuck you @CallofDuty https://t.co/tipCOUnwQ3

“Bro I’m black and I want you to put out season 4” pic.twitter.com/HiafcBCBb7