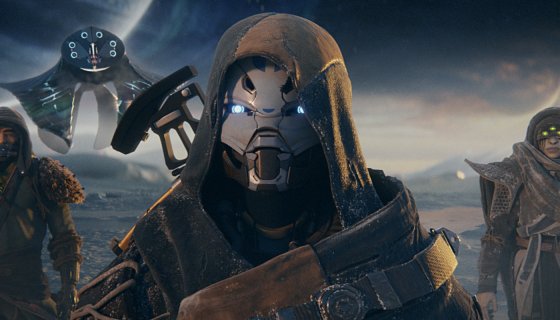 is canceled, thanks in large part to , but that didn’t stop Bungie from dropping a ton of Destiny 2 news on us.

Today (Jun.9), during Bungie’s epic Destiny 2 livestream event, the game studio highlighted the next chapter for its looter- shooter, which will begin with the arrival of fall expansion, Beyond The Light. But that’s not all, the titles for season 11’s two major story expansions arriving 2021 and 2022 were also revealed and more big surprises.

Following an 8 minute and 46 second (salute to Bungie) and a small doc showcasing how the team is managing working from home due to the COVID-19 global pandemic. Once that was done, Mark Noseworthy and Luke Smith took over, and yes, they were socially distancing during the stream. They both excitedly announced the 2021 expansion for Destiny 2 is titled The Witch Queen, and coming 2022 is Lightfall. That’s all they revealed, but they did share a significant amount of information on Beyond The Light even sharing some gameplay footage.

The arrival of new expansions usually means significant changes to the game like new multiplayer maps, strikes, and story missions. Bungie is also introducing what it calls the Destiny Content Vault. Basically, it will allow Bungie to cycle out older content that players are not really interacting with and bring back older content from the original Destiny game that fans loved.

The real exciting news came in the form of how Destiny 2 will make the jump to next-generation consoles , and . Noseworthy and Smith detailed the ambitious plans Bungie has for Destiny 2 on the forthcoming new consoles. They revealed that gamers who own the expansions will be able to upgrade the game on Xbox Series X using Microsoft’s Smart Delivery program and on PS5 (which is breaking news in itself) for FREE when they both arrive in 2021 and 2022.

Another eyebrow-raising bit of news was the confirmation that Destiny 2 will support cross-gen gaming. That means PS5 players can play with PS4 players, and Xbox Series X gamers can play alongside those still rocking with the Xbox One X. Noseworthy and Smtih also confirmed they are working on crossplay between all of the consoles as well.

So with all of this news, Destiny 3 is more than likely nowhere near done since Destiny 2 is being given more legs with all of these expansions and updates. We’re not mad at that at all. You can watch the entire presentation below.