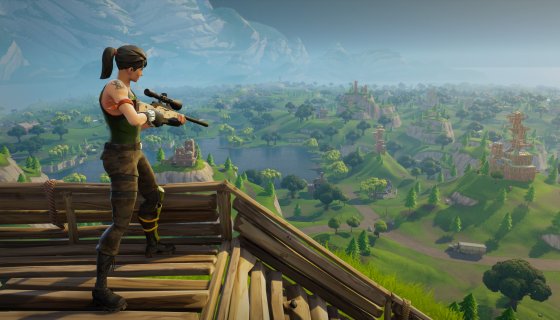 Players have noticed that all of the police-related vehicles in the game that include cop cars and SWAT vans are now gone. The Wall Street Journal is reporting that a source at Epic Games claims the move wasn’t a political one but instead believes:

“It’s just us being sensitive about the issues many people in our audience are dealing with.”

The cars didn’t affect gameplay at all, plus they were not even driveable and just served as decoration for the game’s map. Of course, some gamers are not feeling Epic’s decision to remove the cop vehicles. One Twitter user called people “soft” for the decision.

Add this person to the long list of people big mad that video game studios recognized the sensitivity of the times and decided to stand with Black video game players in solidarity.

As far as Epic Games is concerned, while not speaking publicly about events that followed the tragic death of , the studio at the time did delay the launch of season 3 and issued a statement.

Recent events are a heavy reminder of ongoing injustices in society, from the denial of basic human rights to the impact of racism both overt and subtle against people of color. We’re acutely aware of the pain our friends, families, team members, players, and communities are experiencing.

We believe in equality and justice, diversity and inclusion, and that these fundamentals are above politics.

The team is eager to move Fortnite forward, but we need to balance the Season 3 launch with time for the team to focus on themselves, their families, and their communities.

We think the Fortnite players complaining about the lack of unusable cop cars in the game will be fine.