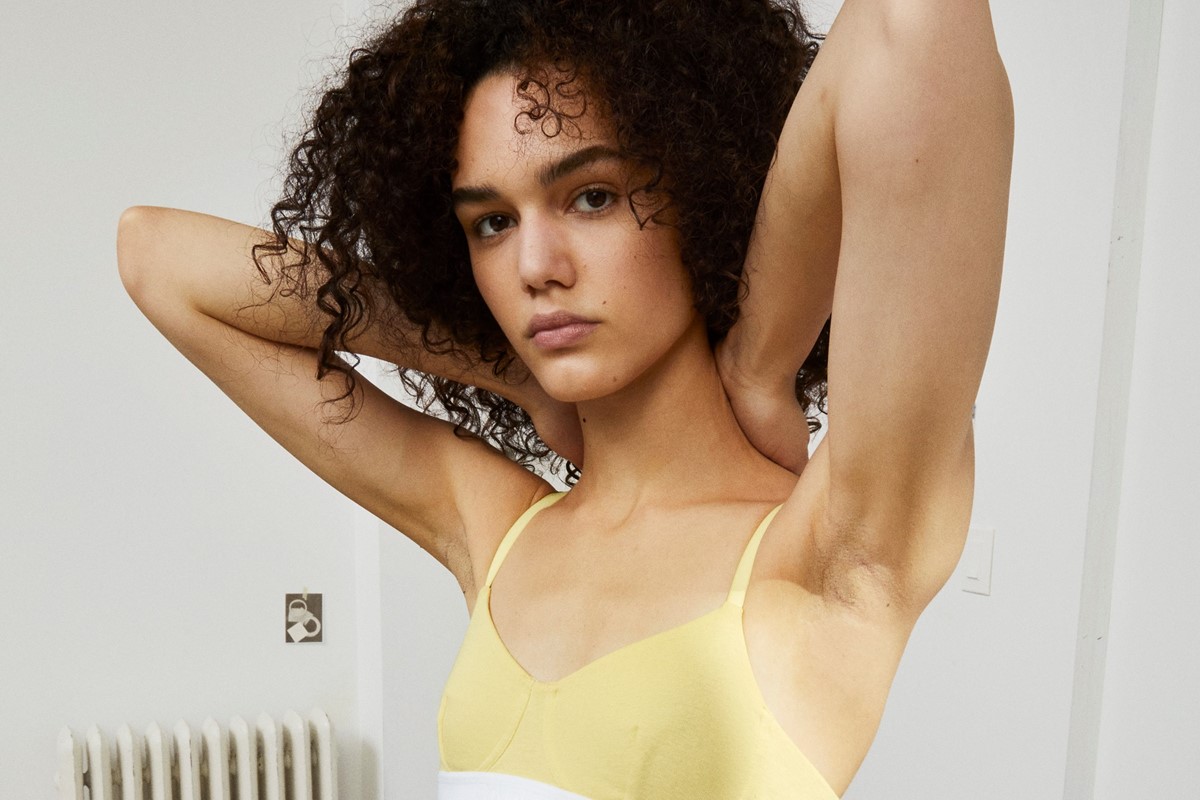 As the designer unveils his second collection, he talks sensuality, minimalism, and the American dream

Over the past two seasons, Heron Preston has put Calvin Klein on a low, but vigorous, simmer. As head chef, the streetwear designer has spent the past two seasons boiling off excess juices, reducing the American label to its most concentrated flavours, the good stuff, which lie beneath. “No more, no less” as the designer says, repeating this season’s mantra from the brand’s breeze-blocked showroom in New York. “It’s all about pushing the definition of essential clothing.”

Preston first cranked up the hob earlier this year with a debut, gender-fluid offering, comprising underwear, blue jeans, boxy hoodies, and the consummate white tee, “a consolidation of key pieces” as he puts it. Yet, as the designer waded through the pandemic, he found himself consumed by this notion of decluttering, which has always been at the core of Calvin Klein’s minimalist proposal. “It helped because we weren’t really wearing that much stuff. We were in tune with our wardrobes and that was almost like a cheat code. So we’d look at the streets and just think ‘if that’s what people are wearing, that’s what needs to be in the collection’.”

While Preston’s eponymous brand is known for its loud graphics, bright jolts of tangerine, bulky, utilitarian-inspired silhouettes, and amphibious footwear, at Calvin Klein, the designer has driven out any superfluous frills, distilling garments to their purest form. This season, the collection is made up of comfort driven, but diligently crafted basics, including waffle thermals, autumnal, plaid shirts, fuzzy, alpaca knit sweaters, pebble-hued, straight leg joggers, and lemon-coloured biker shorts. Unveiled today courtesy of a heady, Ricky Saiz-lensed short, these pieces don’t scream fashion and nor do they harmonise with what we’ve seen on the runway, but there’s a familiarity to the looks, which Preston is careful to stray from.

“Everyone can see themselves in the collection, and even though I have this toolbox of adventurous and experimental ideas, I want it to stay there. It doesn’t necessarily have a place here as much as it does my own brand”. That being said, there are crucial similarities between Calvin Klein’s stripped-back wardrobing and Preston’s street-inflected workwear, given that both styles speak to some kind of utopic, American authenticity. “They’re true, they’re honest, and they represent real people,” Preston adds. “That’s why the utility shirt and the carpenter pants, which I found in Calvin Klein’s archives, felt super relevant to me as a designer.”

As much as Preston rifled through yesterday’s pieces, however, they’ve taken on all the nuances of today’s dress codes with near-atomic detail. “That was the formula we developed,” he says, reflecting on tireless fittings, where his team would spend hours, if not days, perfecting the elastic trim on a waistband or the way in which a pair of pants might bunch and stack together. “We really wanted to ensure that the fit of these pieces were going to be the star of the show so we did a million different fittings on the same sweatpant, to make sure that they were truly indispensable.”

“There’s this very familiar touch point to the collection, everyone can see themselves in it. And even though I have this toolbox of adventurous and experimental ideas, I want it to stay there” – Heron Preston

The designer admits that, so far, his tenure as creative consultant “hasn’t been about changing anything.” Granted, he’s modernised Calvin Klein’s core offering and pushed for a more sustainable supply chain, but he’s been guided by “sensuality and minimalism,” bolstering the foundations of the label. “It’s always been about respecting where Calvin Klein has been and where it’s going,” he concludes. “No more, no less”. As for what’s next, it seems as though Preston’s residence at the brand may be coming to a gentle stew, giving way to future collaborations. “It’s been a great partnership with Heron,” Jacob Jordan, head of product, says, “but I do like the idea of other people telling our story through their eyes. We’re working on a few things, but you’re just gonna have to wait and see”.

Click below to watch the second iteration of Heron Preston for Calvin Klein.