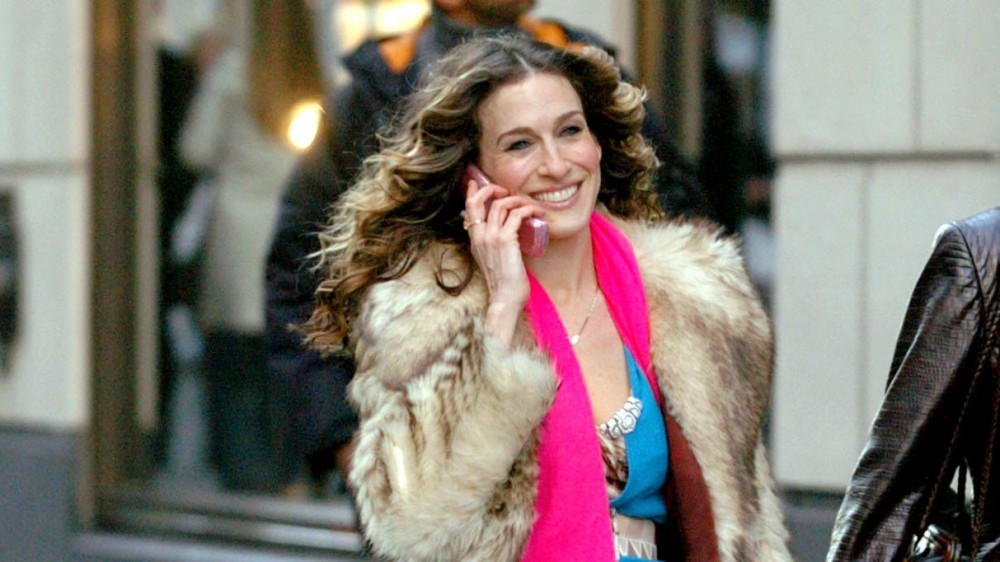 Sixteen years and two movies later, Sex & the City is back—except it isn’t called Sex & the City, Samantha probably won’t be there, and it’s streaming on HBO Max, not your cathode ray tube TV. Sarah Jessica Parker, Cynthia Nixon, and Kristen Davis all shared the Instagram teaser on Monday: a vague video montage of bustling New York streets, bridges, and landmarks, plus Carrie’s familiar laptop screen typing out the words: “and just like that… the story continues.” It’s a nod to the show’s title, And Just Like That, but otherwise offers zero clues about the plot or characters. Parker’s caption reads: “I couldn’t help but wonder… where are they now?”

Still married? Still friends? Is Miranda finally governor of New York? And just as important: What are they going to wear? To quote Vogue contributor Raven Smith, let’s “park our wokeness” for a moment and appreciate that Sex & the City is still, to this day, one of the only shows that truly celebrated fashion. In its first incarnation—pre-Instagram, pre-internet—Carrie became an experimental style icon (thanks to Patricia Field) and made household names of several designers, lest you forget Carrie’s $40,000 collection of Manolo Blahnik heels. Her style evolved in step with fashion: She had the Fendi baguettes and slinky Jean Paul Gaultier dresses of the late ’90s; the Dior newspaper prints and giant furs of the early 2000s; and, later, the flowery dresses and studded boots of the 2010s.

What can we expect from the 2020s? Might our stiletto-obsessed protagonist trade her elegant slides for sculptural Amina Muaddi sandals? Surely she’d retire that “naked dress” for a Paco Rabanne chainmail number, and maybe a Telfar tote for her sparkly clutches. Miranda is no doubt leaning into 2020’s sweatsuit trend, and Charlotte likely pre-ordered the full Miuccia x Raf debut. Below, a then-and-now comparison of their SATC style and what it might look like in And Just Like That.

Raise your hand if you purchased a ballet pink tutu with the hopes of parading down the streets of New York like Carrie Bradshaw. OK, you’re not alone—even Hedi Slimane sent out some tulle skirts and tiaras during his Saint Laurent tenure in the 2010s, though those were in homage to a different style icon. But in today’s world, the true statement-making frock is less tulle, more hoop skirt. Balenciaga’s full-skirted cake-toppers seem like the obvious choice for a 2021 woman who is looking to be seen on the sidewalk and the side of a bus. Surely there would be some comedy trying to take it off for a romantic night with Big or Big’s replacement, too.

Manolo Blahnik might not have needed the SATC approval to affirm his status as the preeminent cobbler of the stylish and elite, but Carrie’s devotion to his pumps, mules, and kitten heels turned the Canary Island native into an international icon. Today’s shining star of shoes is Amina Muaddi, whose sculpted heels are beloved by Rihanna and Kendall Jenner. Her crystal brooch heels seem like the worthiest successor to Blahnik’s Hangisi style.

Few items are as synonymous with SATC as the fall 2000 Dior newsprint dress Carrie wears in season three (and later resurrects in Sex & the City 2—the only look we can endorse from that movie). Let’s hope Carrie still has it in her overstuffed closet; it’s a timeless classic and feels newly relevant as ’90s and ’00s style continues to trend. But we know she’d get extreme FOMO if she didn’t have a Paco Rabanne chainmail number for her next big event—or even just a quiet night at home.

Charlotte might be best known for her reserved style, which makes her Prada spring 2000 lipstick skirt all the more noteworthy. The item has taken on a special meaning for actress Kristen Davis, who saved the piece from the costume department and wore it to a 2018 event with the founders of the Every Outfit on Sex and the City Instagram account. Clearly the only skirt that could rival its importance would come from Mrs. Prada—now with a couple added graphics courtesy of Raf Simons.

Sex and the City made Fendi’s baguette bag one of the most coveted styles of the 2000s. Telfar’s shopping bag is already a global hit, meaning Carrie, Charlotte, and Miranda are probably all desperate to buy one. Let’s hope they submitted a pre-order!

Carrie’s vintage fox fur is a constant in the SATC franchise, from a season one date with Mr. Big (worn with her infamous “naked dress”) to the 2009 movie, when she wore it over pajamas on New Year’s Eve. Now, as designers like Tom Ford, Prada, and Gucci eliminate fur from their collections, Carrie would be wise to opt for a faux version, like this patchworked coat by Stella McCartney, which has a similar vintage feel.

Miranda’s bucket hat over a nylon hoodie is canon. But the lockdown has brought us plenty of new takes on athleisure and sweatsuits. Depending on how they are styled, one of them just might be able to carry the mantle of such a legendary look.

Carrie’s shirred pastel and floral minidresses defined the look of early SATC seasons. They were so small, so scrunched, and so flirty they felt totally improbable for daytime in New York City—sort of like a lot of what happened on the show. Still, we have to imagine that when the SATC ladies return in 2021, they will carry some of the same style obsessions, florals being chief among them. Luckily, Rodarte, Collina Strada, and Yuhan Wang offer more modern takes on body-skimming flowers. Maybe Carrie will also wear one of Rodarte’s floral headpieces?

Long before the pandemic made them our #WFH uniform, leggings were already the look of our time. Carrie wore a few pairs on SATC, but she hardly resembled today’s Lululemon-clad New Yorkers; trust that her rainbow Chanel getup was not intended for sweat. Today, she would surely lean into the sportier leggings-as-pants trend, whether in head-to-toe printed Spandex or an actual yoga ensemble (as far as actually doing yoga, the jury’s still out). For brunch with the girls, she might go for a wackier combination of cropped leggings and real fashion, like this Maryam Nassir Zadeh outfit involving a sheer top, fishnets, a crazy belt, and strappy heels.

The SATC women loved to pile on the jewelry, but if the look then was layers of vintage pearls, the look now is upcycled chains from brands like Marine Serre and Chopova Lowena. If you must reach for a pearl these days, make it one by Dua Lipa-favorite Beepy Bella.

In one of her many desperate attempts to make a relationship with Berger happen, Carrie indulges in new lingerie, fluffy pink bedroom mules, and… lots of wine. The shoes remain fabulous, but in 2021, women are more likely to wear shearling Birkenstocks at home (and on the street). Carrie would go for one of the brand’s fuzzy collaborations with Random Identities or Rick Owens.

The beret was unquestionably Carrie’s most memorable topper, but with another on-screen heroine championing the style, Bradshaw might just have to give it up. We trust that the writers will find a way to replace the hat with some clever mask fodder. It only seems right that Carrie have one by Versace, doesn’t it?