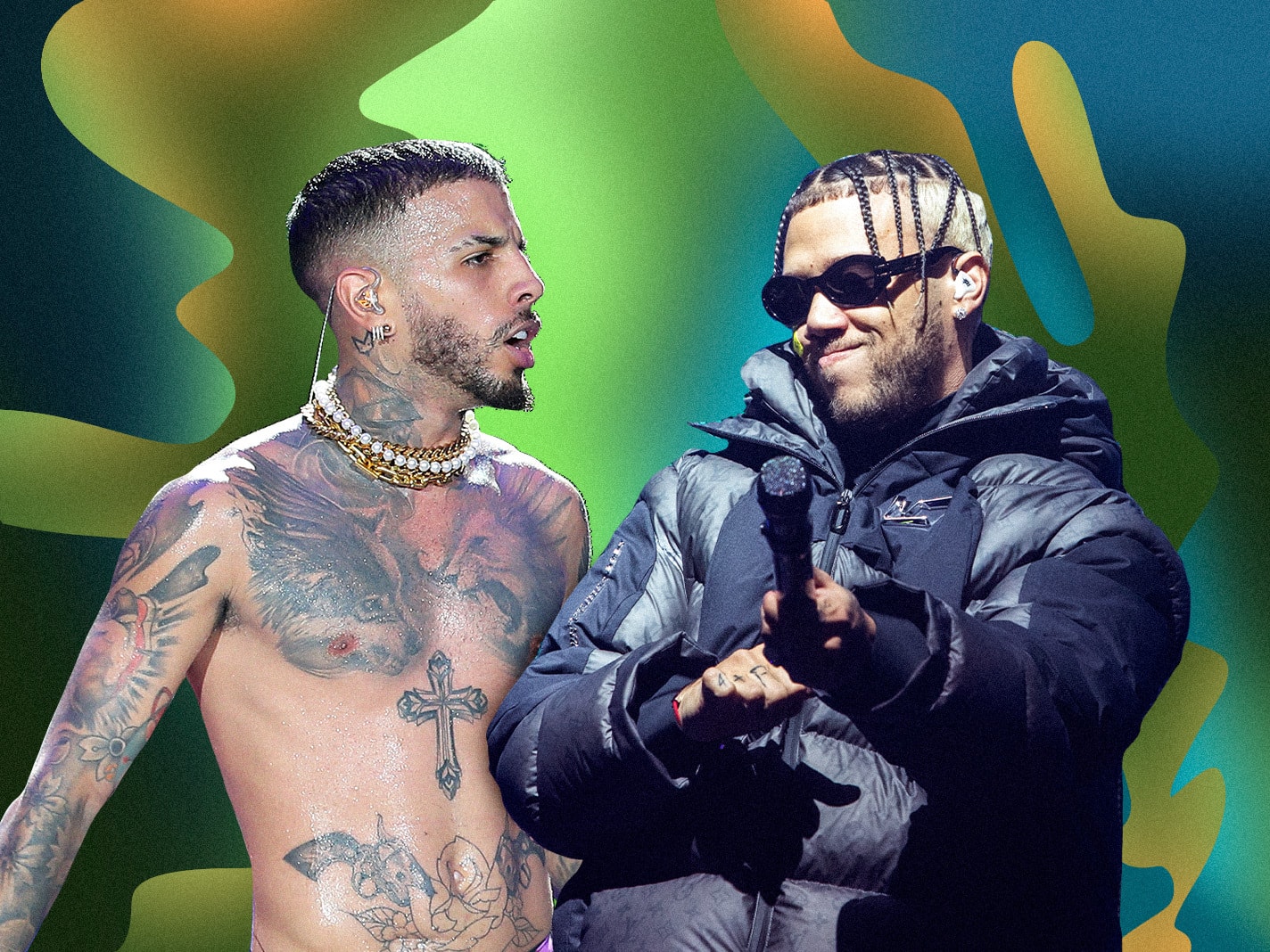 It looks like a war has ignited between music artists Jhay Cortez and Rauw Alejandro — and they’re making it a very public affair.

The lyrics in question include Cortez coming at someone’s dancing while calling them out for being a fake in this industry. “Si ere’ bueno bailando, como cucaracha yo te pongo a hacer breaking. Tú no ere’ calle, en este tema está’ faking.” Alejandro is known for his signature dance moves on stage and has mentioned his love for dancing as a performer in several interviews.

Cortez then raps about a Spanish woman wanting him to speak to her in English. “Tu española quiere que le hable en English,” an apparent reference to Rosalía, who Rauw went public with officially in September.

Although the lyrics don’t specifically call out Alejandro and Rosalía by names, the “Baila Conmigo” artist thought there was more than enough to speak out against Cortez on Twitter.

With a post that features a caption of Cortez asking which artist he should collaborate with on an album, Alejandro wrote, “With Rauw, so that you can reach Top 3 at least,” with laughing emojis.

Then the rest of his tweets came flooding in: Alejandro also joked that he had found his No. 1 fan. “Descubrí a mi fan #1,” Alejandro tweeted, along with three laughing emojis and one blue heart.

His next tweet stressed that “women are to be respected” and came with a few more emojis, including a pig nose, seemingly calling Cortez a pig. He also capitalized, “Let’s go,” solidifying the feud. “Las mujeres se respetan!!!!!” Alejandro tweeted. “Lechon!!!! VAMO PA ENCIMA!!!!!!!!!”

Who knows how this will turn out or if Cortez will respond — but if it’s anything like Residente and J Balvin’s #CarritodeHotDog, we should be on the lookout for this #LechonGate.