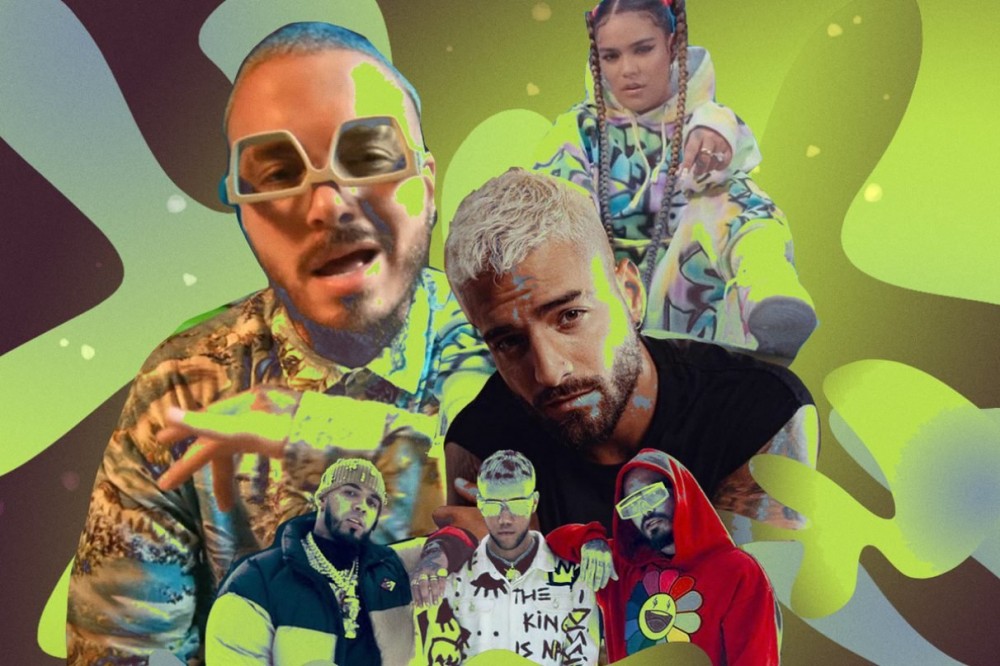 One of the best traditions that have been established in recent years is the revelation of Latines dominating music platforms. Every end of year roundup lets us know that music by Latine artists is among the most popular in the world, and the music video platform Vevo is no exception. They have now unveiled their top 10 Latin music videos of the year and it’s full of gems.

The first thing you’ll notice is that the list is dominated by J Balvin, who takes the top spot along with Jhay Cortez and Anuel AA with their collaboration “Medusa”. Two videos for his Colores project are also present as well as “Un Día (One Day)” which found the Colombian reggaetonero sharing the spotlight with Bad Bunny, Dua Lipa, and Tainy. Speaking of Tainy, both he and Balvin make the cut again with “Agua,” their contribution to the Spongebob Squarepants movie Sponge On The Run.

Some things could have improved. Namely, Shakira and Karol G are the only women present on the list; and strangely, the latter’s selection is “Ay Dios Mio!” instead of “Tusa” which dominated the pre-COVID global lockdown limbo of late 2019 and early 2020. Another interesting thing of the Vevo list is the presence of Christian Nodal who made the cut with “Se Me Olvidó (La Canción Del Avión)”, which puts Mexican Regional music high on the countdown among mostly dembow specialists. 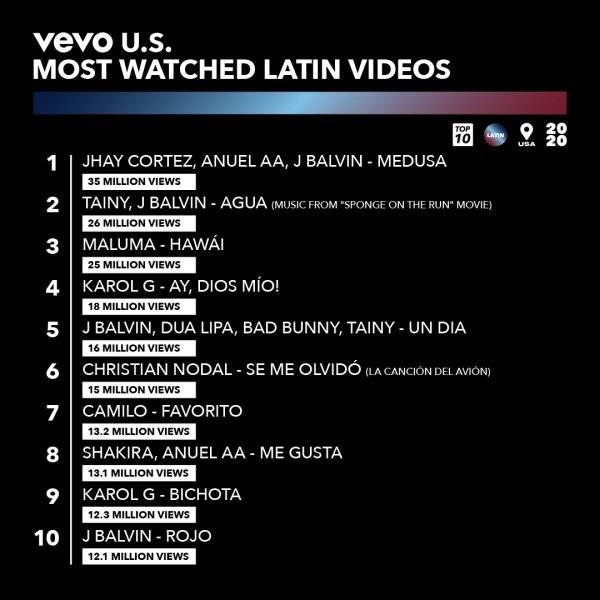