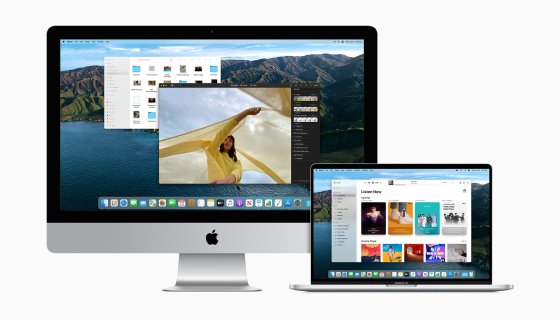 Apple’s WWDC event was all about the software, of course, with a sprinkle of hardware news.

Like all of the other companies, Apple’s WWDC was moved online, but it still kept the same energy from the previous ones just minus the tech aficionados in the crowd. The company that Jobs built had a plethora of announcements to make mainly about its iOS operating system and one big hardware announcement that the company will be powering its devices with Apple chipsets.

So let’s get into the highlights from the event.

Tim Cook finally confirmed his company’s long-rumored move from Intel’s x86 chip architecture for its own Apple chips inside new Macs. Before he sent online viewers to an undisclosed location where the Apple magic is happening, Cook spoke about three significant milestones in the tech giant’s history, the leap from PowerPC to Intel chips in 2006, the company’s transition to macOS X, and, of course, this latest big news. Now that the company makes its own ARM-based chipsets aptly called “Apple Silicon,” users can look forward to an “efficiency bump” in Apple’s computers. Plus, Apple will no longer have to wait on Intel’s updates to upgrade the capabilities of its devices.

The move to “Apple Silicon” will begin with the new Macs released later this year, and the entire transition should take no longer than two years.

The iPhone’s home screen is getting a much-needed refresh finally. With the arrival of iOS14 comes the new App Library, which will automatically organize your apps into a folder based on suggestions from Siri, app usage, and if the app was recently downloaded. The new App Library feature will make it easier for iPhone users to locate their apps without having to cycle through numerous pages. Widgets are also getting a makeover and can now be dragged from the widget panel to the home screen.

There is also a new Picture in Picture feature that allows you to continue to watch videos while you are multitasking on your phone. A feature iPhone users have been begging for a very long time. When you beckon Siri, the voice assistant will no longer take up the entire screen. Instead, it will occupy a small space located at the bottom of the screen. A new Translate App was also introduced that will reportedly give users the ability to hold conversations with people who speak other languages.

Last but certainly not least, your iPhone will now be able to unlock and start your car. During the presentation, Apple’s car experience engineering manager Emily Schubert demonstrated the new feature. Basically, instead of that big old-fashioned car key fob, there will be a digital key that will use the built-in NFC chip in the iPhone. Schubert previewed how it would work on the 2021 BMW 5 series unlocking it and then starting it by placing the iPhone on the charging pad. You will even be able to make copies of your digital key and share it with other people in iMessage, set restrictions for teen drivers, and turn off the key the iCloud.

The feature will be available next month on the BMW, but Apple did say it is working with other car manufacturers also.

The iPad Takes Another Step To Become The New MacBook

The iPad is no longer just a giant iPhone, it’s becoming the MacBook replacement. With the introduction of its own operating system, iPadOS, and the sleek new for iPad Pro, it’s no wonder it’s becoming more popular. iPadOS will also be getting much of the same features iOS 14 for iPhone is getting. The big difference is the introduction of the new sidebar menu that will be featured with the  Photos, Notes, Files, and Music apps and will help make navigation easier.

Incoming calls will no longer take up the whole screen. Instead, the phone call appears as a drop-down menu that doesn’t interrupt what you are doing and can be easily dismissed with a swipe.

The Apple Pencil is also getting a minor update thanks to a new  feature called “Scribble.” Basically, it will translate your handwriting into text, transform the bad shapes you draw into “ideal” ones.

MacBook and desktop users also have something to look forward to, MacOS Big Sur. Right off the bat, you can see it looks much cleaner than previous operating systems. Big Sur now brings a control center to Mac that will allow users to change settings like brightness and sound from the top right of the screen. The Notification Center gets a makeover, and the new iOS 14 widgets can be added to it.

The meager Messages app also gets updated and now will users to enjoy the features they love on their iPhone like Memoji, sticker packs, reactions, message effects, pinned conversations, a redesigned photo picker, and improved group conversations. Apple Maps is also getting an update, your favorite places are one click away, you can create your own guides and now use Apple’s Look Around feature which is the equivalent of Google Maps Street View.

With WatchOS7, the Apple Watch finally gets sleep monitoring functionality. A new “Wind Down” routine is coming with the new WatchOS7 update. It will basically start preparing you for your set bedtime by dimming your phone and other actions, while you are sleeping, it will monitor your “micromovements” as you breathe, and has a variety of wake up alarms.

A handwashing feature is also coming as well. Your Apple Watch will be able to detect when you’re washing your hands and will begin a countdown. If you stop washing your hands before the timer hits zero, the timer stops and the watch lets you know you’re not finished. Other features coming incoming include new dance workouts, large font faces, a tachymeter, and new third-party and personalized watch faces.

AirPods and AirPods Pro Are Not Forgotten

The AirPods were not forgotten. Senior Firmware engineer Mary-Ann Ionascu announced that AirPod owners can now look forward to seamless device switching a future software update. Instead of having to re-pair your AirPods with all of your Apple devices, the pods will automatically switch between them.

The AirPods Pro will finally be living up to its high price thanks to the addition of spatial audio. When the software update goes live, AirPods Pro will have the ability to use its internal accelerometers to create a faux-3D soundscape. The popular wireless earphones will be able to simulate 5.1, 7.1, and even Dolby Atmos object-based surround sound.