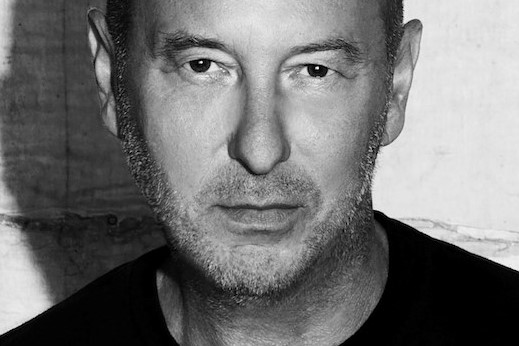 Back in the 90s when Helmut Lang was at the pinnacle of his fashion career, the designer embarked on a series of collaborative projects with artists including Louise Bourgeois and Jenny Holzer. These collabs become a kind of prototype for the countless creatives that followed in his footsteps – think Raf Simons, Jonathan Anderson, and Kim Jones – and were also carried through at the label itself by Dazed’s Isabella Burley, who took over as editor-in-residence of the brand long after Lang himself had departed.

Now, the roles are being reversed, as Lang – who left fashion to focus on art in 2005 – joins forces with Saint Laurent on a new, collaborative project. As part of the French house’s ongoing Rive Droite initiative, Lang will use archival YSL collections to create a series of new sculptures, set to go on show first in Paris, then later at Saint Laurent’s Rive Droite store in Los Angeles.

Calling Lang a longtime inspiration when it comes to his own approach to fashion, Anthony Vaccarello explained he has been “fascinated by Helmut for years” in an interview with BOF. “I consider him at the same level as someone like Coco Chanel for the way he brought realness into fashion, something that everyone is still copying. Helmut was the first to stand up against artificial promotional messages, his vision and his art direction brought everyone back to the real and meaningful essence of fashion.”

After bowing out of his label in the mid-00s, Lang notoriously threw between 6,000 and 8,000 pieces from his archive into a shredder, before repurposing the material into a number of sculptures shown in New York in 2015. Turning his back on fashion to concentrate on art, Lang may not be the only enigmatic 90s designer dipping their toe back into fashion (for one project at least). In 2019 documentary In His Own Words, Martin Margiela hinted that he wasn’t done with the industry, despite departing the Maison he founded in 2009. Watch this space, we guess.