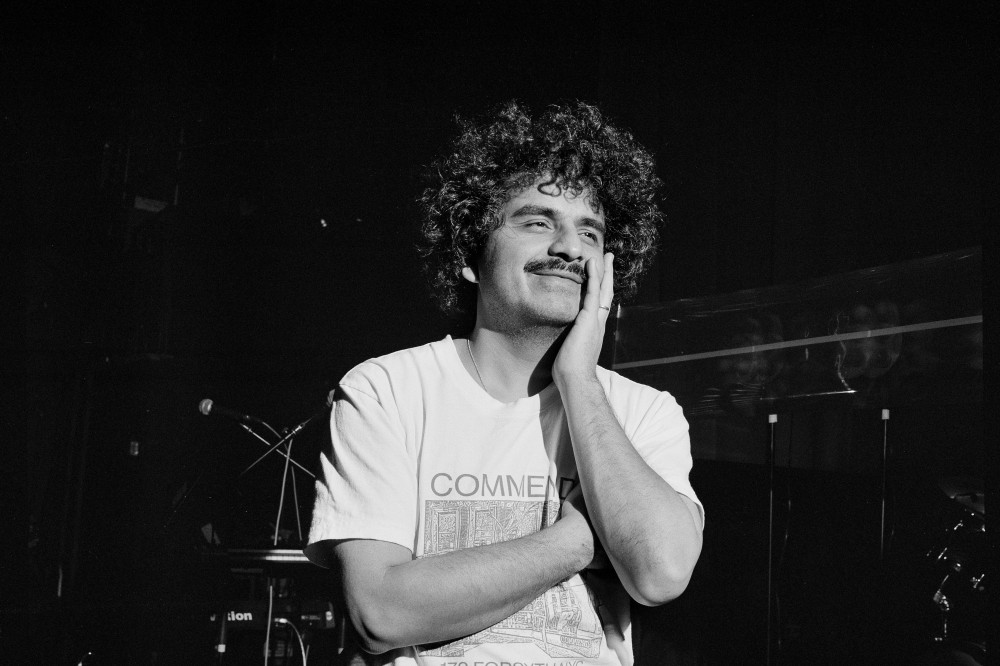 Legendary indie label 4AD is celebrating its 40th anniversary with an 18-track compilation titled Bills & Aches & Blues. The album features artists from the British imprint’s roster reinterpreting select songs from its vast catalogue. The label began dropping the compilation in smaller EPs last week, including The Breeders cover of His Name Is Alive and U.S. Girls’ take on a Pixies classic. Now, volume two is out, and we get to hear a ethereal Deerhunter cover by Helado Negro.

Roberto Carlos Lange, who announced his 4AD signing in October of last year with a cover of Neil Young’s “Lotta Love” (featuring Flock of Dimes, Devendra Banhart, and Adron), picked “Futurism” for this project. The track is included in Deerhunter’s 2019 full-length Why Hasn’t Everything Already Disappeared? Originally a straightforward psych-pop song, “Futurism” became a dreamy jam under Helado Negro’s hand. Led by swirled-out acoustic guitar strums and adorned with distant percussion and atmospheric synths, Lange soothes us with his calm croon, bringing out hope in the otherwise resigned lyrics.

Helado Negro is currently on an astonishing cover song strike. Besides “Futurism” and “Lotta Love,” Lange recently recorded his own version of David Bowie’ 1977 Low track “Sound and Vision” for the BBE Music-curated compilation Modern Love, which drops on May 28 and features contributions by the likes of Meshell Ndegeocello, Khruangbin, and We Are KING.