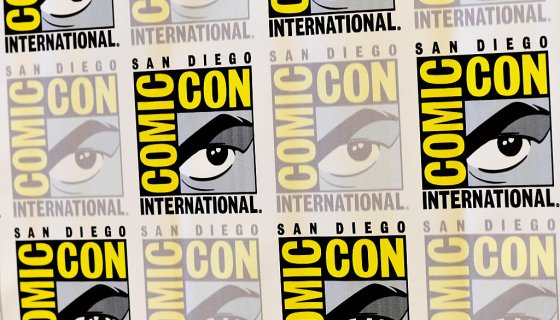 Life as we know it has changed drastically due to ushering in the “new normal.” The annual convergence of nerds, blerds, cosplayers, and comic book enthusiasts, , didn’t happen in person, but the show went on… online.

Wanting to give fans some sense of normalcy, San Diego Comic-Con brought its panels online, introducing Comic-Con@Home over the weekend. Fans weren’t cheated either as they were blessed with virtual panels and reveals that were worthy of occupying the great Hall H located inside the San Diego Convention Center.

SO what did we see?

Well, we finally got to see some footage from the often-delayed X-Men spinoff horror film, The New Mutants.

Another Marvel show, Helstrom, which will be arriving on Hulu this October, was also unveiled during the virtual con. There were some familiar shows, as well. AMC’s The Walking Dead family of shows were well represented. Fans of the famed zombie apocalypse franchise got their best look at the season 10 finale yet, and a face that has been missing for a few seasons has finally returned as our favorite survivors face their biggest challenge ever.

What caught honestly caught our attention was the new trailer of for the Jordan Peele and JJ Abraham’s produced science fiction series, Lovecraft Country that featured even more eyebrow-raising moments and one massive monster. We can show you better than we can tell you, of course. You can peep all of the trailers in the gallery below that premiered during Comic-Con@Home below.

The world isn’t ready for a Helstrom family reunion. All episodes premiere October 16, 2020, only on Hulu.

ABOUT HELSTROM: As the son and daughter of a mysterious and powerful serial killer, Helstrom follows Daimon (Tom Austen) and Ana Helstrom (Sydney Lemmon), and their complicated dynamic, as they track down the worst of humanity — each with their own attitude and skills.

Get an extended first look at the return of Lauren Cohan as Maggie. The Walking Dead Season 10 Finale airs Sunday, October 4 at 9/8c.

Get a first look at the new season, premiering Sunday, October 11 at 9/8c.

Get a first look at the new mythology and the first generation raised in the apocalypse. The Walking Dead: World Beyond premieres Sunday, October 4 at 10/9c.

It’s not paranoia if the threat is real. From the Executive Producer of 24 comes an epic event series. Catch NEXT, TUESDAY OCT 6 at 9/8c only on FOX.

The Boys is an irreverent take on what happens when superheroes, who are as popular as celebrities, as influential as politicians and as revered as Gods, abuse their superpowers rather than use them for good. It’s the powerless against the super powerful as The Boys embark on a heroic quest to expose the truth about “The Seven”, and their formidable Vought backing.

It’s time to save the world, dudes! Keanu Reeves and Alex Winter return in the all-new trailer for Bill & Ted Face the Music, available On Demand and in theaters September 1!

In ANTLERS, a small-town Oregon teacher (Keri Russell) and her brother (Jesse Plemons), the local sheriff, discover that a young student (Jeremy T. Thomas) is harboring a dangerous secret with frightening consequences.