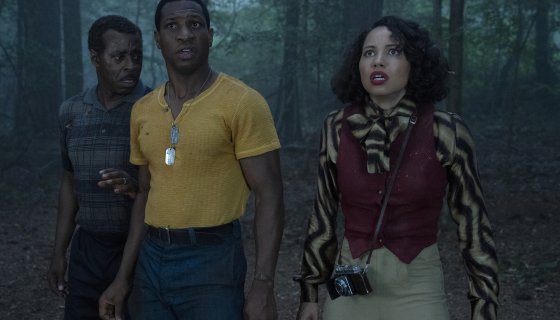 When HBO announced its new thriller in May, fans were excited because J.J. Abrams and Jordan Peele were associated with the project. However, this latest Comic-Con sneak peek allows us to see what the sci-fi juggernauts have in store for us this summer.

The 10-episode series is based on Matt Ruff’s horror novel of the same name. To summarize, the story follows three Black characters as they embark on a road trip across then-segregated America in the 1950s in search of a missing family member. The trio eventually discovers themselves battling supernatural monsters and rampant racism which, in itself, is a horrific theme to explore.

The latest sneak peek sets us up for what’s to come.

“In the tense three-minute scene, the series’ lead characters — Jonathan Majors’ Atticus, Jurnee Smollett-Bell’s Letitia and Michael K. Williams’ Montrose — use moonlight find a secret passageway that leads from an empty museum to an underground catacomb.”

“Beware all ye who tread the path,” an inscription warns, “Ever the tide shall rise.”

First of all, the series stars Michael K. Williams (The Wire), Jurnee Smollett-Bell (Underground), and Jonathan Majors (“The Last Black Man in San Francisco”) who all stand out in a stellar casting ensemble full of familiar faces.

Secondly, Black people exploring anything premised in the Jim Crow era already has us shooketh. Throw in some and the series has the makings to be a summertime smash. Be prepared to sprinkle Florida water and smudge a little sage before watching, though.

Lovecraft Country, created and written by Misha Green, premieres August 16th on HBO.  If you haven’t done so already, to easily stream it on demand.