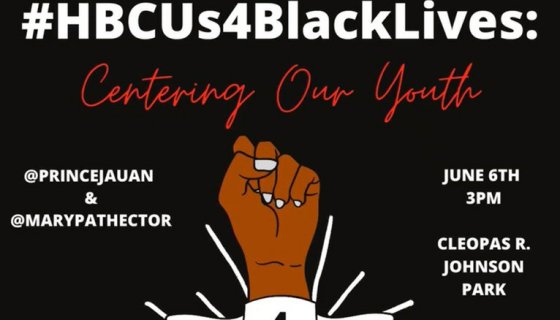 As we march into the eighth day of protests denouncing of the deaths of George Floyd, , , and police brutality, those committed to change show they aren’t giving up.

According to published reports, on Saturday (June 6), #HBCUs4BlackLives: Centering Our Youth announced an HBCU protest will be taking place in Atlanta to give the youth a chance to share their thoughts on the current state of affairs in our country.

In response to the incident that last weekend when two Atlanta students were drug out of their car and tazed by police, it’s clear both students and residents of the city have something to say.

, six police officers are facing charges after reportedly pulling two college students from their car and using excessive force after pulling them over during the protests last week while they were stuck in traffic.

Gov. Brian Kemp called it a “really good night” as law enforcement officials flooded the streets to prevent violence during protests after the death of George Floyd in Minneapolis.

Floyd died early last week after a Minneapolis officer pinned him down with a knee on his neck while he was handcuffed and three other officers watched.

If you want to provide resources for the rally such as water or transportation you can text 404-857-4230.

If you can’t protest but still want to get involved in other ways, see this article here.