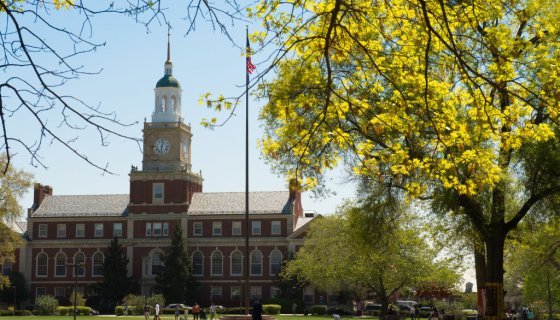 It’s no secret that over the last few years, the topic of finances for (HBCUs) has always been a part of most education related conversations. But after the wave of closures forced on schools across the country to combat the spread of the highly contagious virus, , some HBCUs may never reopen.

According to a panel discussion by Raw Story, while many predominantly white institutions have closed their campuses and shifted to online learning, Marybeth Gasman, a professor at Rutgers University, revealed many HBCUs don’t have the technology to do the same.

”I am worried about the technology demands on HBCUs, given how few IT specialists many smaller HBCUs have as well as the costs of managing online classes,” Professor Gasman said. “I’m also worried about students not having access to Wi-Fi at home or laptops – 75% of HBCU students are eligible for Pell Grants for students from low- to middle-income families. I’m happy to see some HBCUs – Paul Quinn College, in Dallas, Texas, for example – lending students laptops for the rest of the semester; but HBCUs rely a lot on tuition and have smaller endowments than other schools. If these HBCUs get into financial trouble, they risk losing their accreditation since financial stability is one part of what it takes to remain accredited. Without accreditation, it is nearly impossible to recruit students.“

Accreditation loss and alumni contributions is an issue that has already previously hit a number of HBCUs, including Copping State, Bennett College, and Concordia, causing some to close their doors forever. Ivory Toldson, professor of counseling psychology at Howard University, explains why our colleges seems to be hit the hardest during times of recession—noting that it’s not only about the schools lack of money do go fully digital, it’s also the students who may not have access to adequate internet service or laptops to attend that contributes to the problem as well.

”Disruptions in enrollment and fundraising efforts, as well as closed dorms, prorated rebates, and lost revenue from food services and university bookstores will short-circuit normal streams of revenue for all universities,” Professor Toldson said. “But HBCUs might see worse effects because they have less money to begin with. The challenge of abruptly moving to a virtual learning environment may adversely impact HBCUs more than other schools. Most do not have the technical capacity to deliver quality online classes. Even those with the technical capacity will have challenges if their students do not have adequate computers and broadband at home.“

Many have inquired about the existence of “rainy day” funds at HBCUs, like there is at their state counterparts, but Professor Gasman revealed because primarily by admission from students who come from low-income or families with little to no savings—setting up a rainy day fund is almost impossible.

”HBCUs are similar to families without substantial savings. HBCUs are funded heavily by tuition. Any drop in enrollment, which could happen by way of students not returning next year or not enrolling next year, will be devastating,” Professor Gasman said. “Keep in mind that, with few exceptions, HBCUs have rarely gotten large donations. When institutions have a long history of being underfunded, they can’t build the same foundations as those that do.”

Currently, several HBCUs have been placed on probation by their regional accreditor for If the coronavirus continues to keep their dorms empty, the revenue shock from the pandemic could conceivably cause those in a financial situation similar to St. Paul’s College to close their doors.