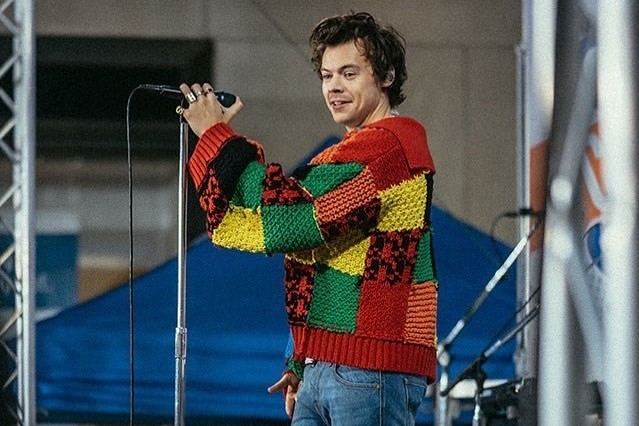 In February this year, Harry Styles was spotted wearing a colourful, patchwork cardigan during a rehearsal for The Today Show, finished off with a pearl necklace. If you were on TikTok at the time, then you’ll know that shortly after that the aptly-named #HarryStylesCardigan challenge took the platform by storm, as fans attempted to crochet their own approximations of the JW Anderson design.

In fact, the challenge trended to the extent that it ended up making its way back to Anderson a couple of months later, who subsequently shared a helping hand for those looking to craft the look themselves, in the form of a downloadable pattern and a YouTube tutorial.

“I am so impressed and incredibly humbled by this trend and everyone knitting the cardigan,” the designer wrote at the time. “I really wanted to show our appreciation so we are sharing the pattern with everyone. Keep it up!”

Now though, the cardigan has reached even greater heights, with the announcement that it is set to be immortalised in a museum collection.

Specifically, the Victoria and Albert Museum has requested the knitwear for its permanent collection, as an emblem of the DIY creativity sparked by coronavirus lockdowns this year, and of a more general move towards more eco-friendly practices in fashion.

Take another look at Styles wearing the now-iconic cardigan (and Anderson’s wholehearted embrace of the trend it began) below.