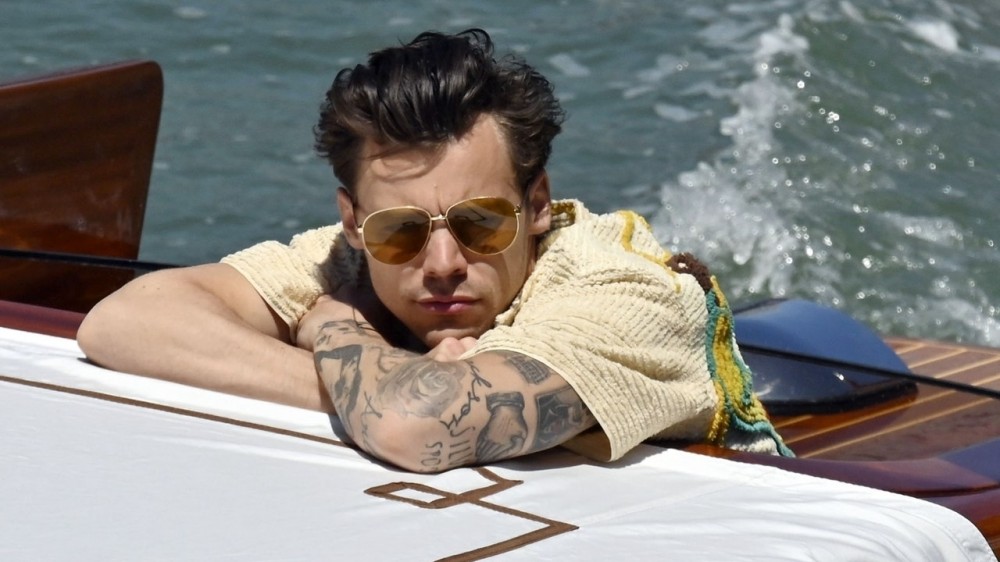 The inhabitants of Venice, Italy might have spotted a particularly stylish figure whizzing down the Grand Canal yesterday. None other than Harry Styles had arrived in town, lounging on the back of a water taxi before making his way to one of the city’s five-star hotels to relax.

After spending much of last summer on a road trip around Italy driving a classic car, as well as filming the video for his recent single “Golden,” it appears Styles just can’t get enough of living la dolce vita. This time around, though, Styles was in town solely for work. More specifically, he was shooting his upcoming LGBTQ+ drama My Policeman, in which he co-stars with The Crown’s Emma Corrin. (Other photos taken later that day saw Styles in full period garb wearing a ’50s-style polo knit and grey slacks while filming.)

Still, it was Styles’s off-duty look that stood out most. He wore an embroidered corduroy shirt featuring a bucking bronco from one of his favorite labels, Bode (Styles is such a fan he even sported a customized pair of trousers from the brand for his Vogue cover shoot back in December). Completing the look were a pair of gently scuffed Vans and a retro Gucci holdall, of course. It all made for an easy breezy summer look that feels perfect for any upcoming Italian vacation. Just call him The Talented Mr. Styles.