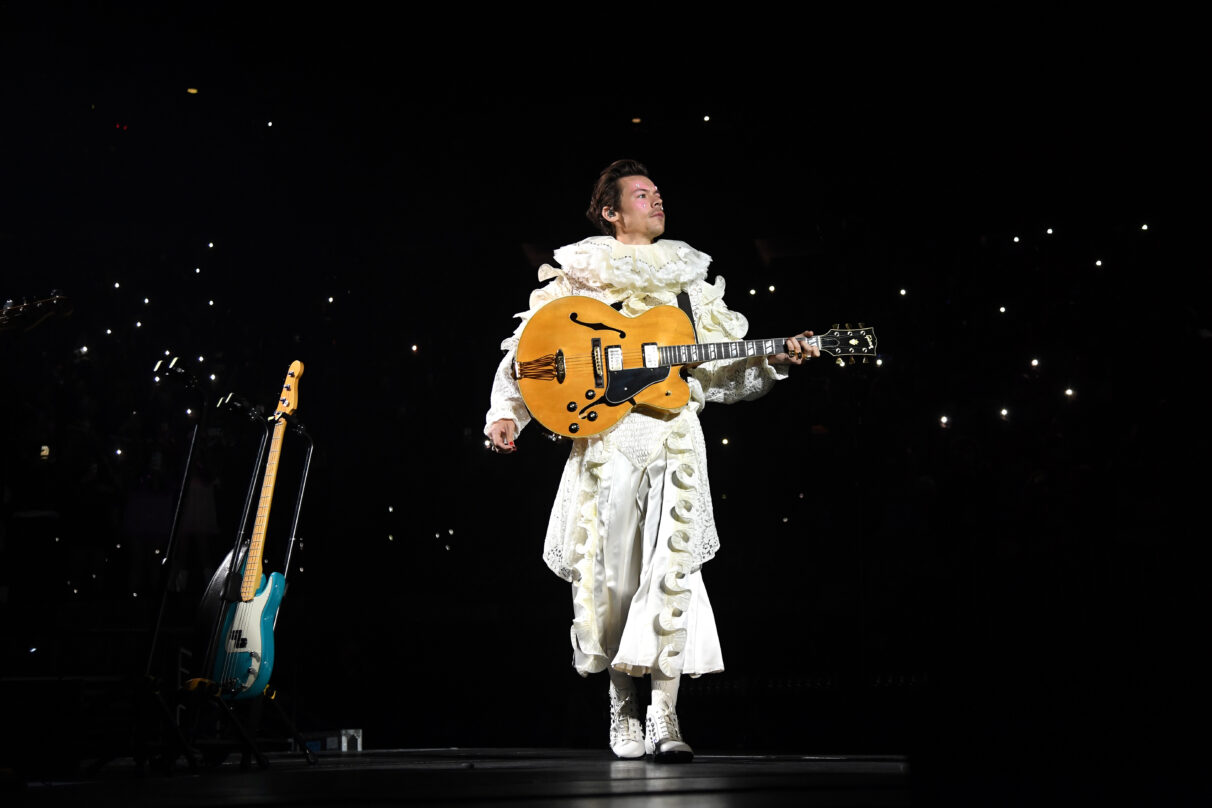 Coachella is becoming a multicultural fan’s dream of musical diversity, now more than ever. If there’s one thing that Coachella’s known for, it’s for the unusual artist pairing photo opportunities that come out of each weekend. It teases fans who quickly wish for run-ins and even collaborations — which is the same wishful thinking once they saw both Harry Styles and Grupo Firme on this year’s Friday, April 15 and April 22, 2022 bill.

Fans instantly started joking about the what if’s if these artists were to meet, watch each other’s set, or work on a potential collaboration. Others are envisioning how Harry Styles would react to Grupo Firme’s hit songs. Honestly, with Harry Styles’ eclectic wardrobes, we would not be surprised in a matching norteño fit. Who wouldn’t want to see Harry Styles all vaquerito? How would the popular norteño band react to Harry Styles on stage with them?

A Twitter user commented: “HARRY STYLES WHEN HE FOUND OUT HE WILL BE PLAYING THE SAME DAY AS GRUPO FIRME IN COACHELLA.”

Mashups of the “Watermelon Sugar” singer dancing to different Grupo Firme songs were a-plenty. Especially those featuring him wearing a cowboy outfit. And we loved each and every one of them.

Others have even added a Grupo Firme song to a video that shows Harry Styles wearing a cowboy outfit in a past performance.

Harry on stage with Grupo Firme at Coachella pic.twitter.com/0kMmNqAl9Q

…. Others are making up scenes on how Harry Styles is “preparing” for the banda’s set.

The Twitter-verse is laughing their heads off with hilarious tweets that will only make sense to those who are enthusiasts of both Latine music and mainstream pop culture. Twitter users are hoping for a once-in-a-lifetime appearance of both popular acts together on the same stage. In hindsight, it most likely is the only major festival capable of bringing both of these acts together.

Seriously, we can’t get enough of these memes. And with everything that’s been happening in the world, this would not be the wildest thing ever!

Jokes aside, we are excited for the potential collaborations that will spark during the two weekends of Coachella. We are hoping for many Latine tracks and crossovers. Especially since this year, there are more Latine artists performing than usual, so that’s already a great way to start off 2022!