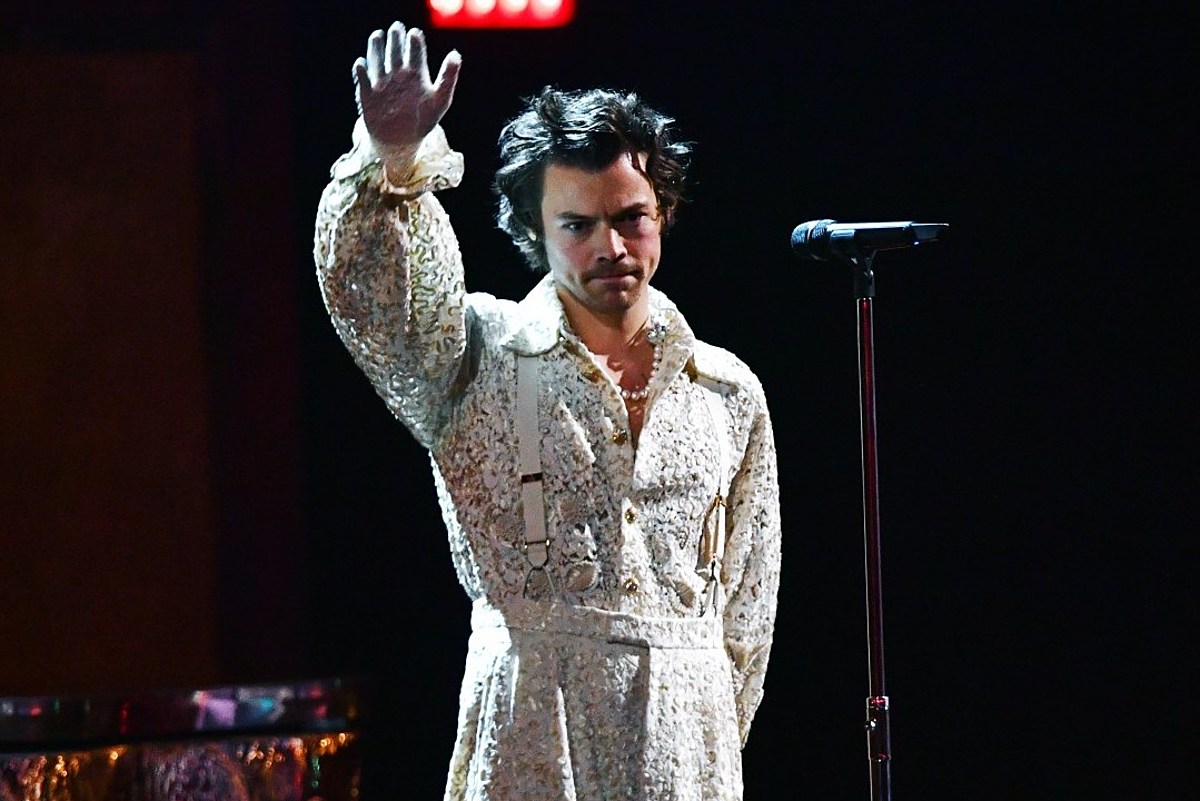 Harry Styles is making fashion history in the latest issue of Vogue.

The “Watermelon Sugar” singer ignored traditional gender stereotypes and wore a white and black dress with a blazer for the December cover of Vogue. His cover marked the first solo male to grace the cover of an issue.

A behind the scenes video shows that the dress he wore featured a giant train with ruffles. In one photoshoot, Styles asked his sister, Gemma Styles, to join him. "Vogue December 2020 @Harry_Styles," she tweeted alongside a picture of the pair. "The first man to appear solo on the cover of @voguemagazine. So proud of who you are. Thanks for asking me."

Gemma told the outlet that their mum loved to dress up her brother because she always hated it. "Harry was always quite into it," she recalled. "She did some really elaborate paper-mâché outfits: She made a giant mug and then painted an atlas on it, and that was Harry being ‘The World Cup.’ Harry also had a little dalmatian-dog outfit, a hand-me-down from our closest family friends. He would just spend an inordinate amount of time wearing that outfit. But then Mum dressed me up as Cruella de Vil. She was always looking for any opportunity!"

In the cover story, Harry revealed that he did a six-day juice cleanse prior to the photoshoot. Along with trying to keep his physical body in shape, he also meditates and does pilates twice a day to stay healthy.

"It’s [meditation] helped me just be more present," he said. "I feel like I’m able to enjoy the things that are happening right in front of me, even if it’s food or it’s coffee or it’s being with a friend—or a swim in a really cold pond! Meditation just brings a stillness that has been really beneficial, I think, for my mental health.”

Harry also revealed that he is considering moving to Tokyo, temporarily. “There’s a respect and a stillness, a quietness that I really loved every time I’ve been there,” he explained.

See the cover and photos, below.