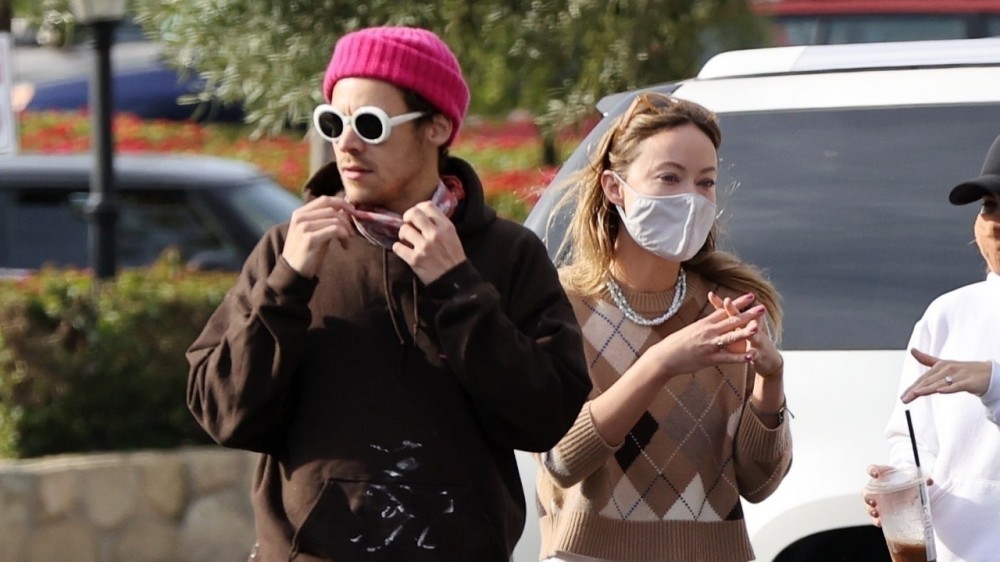 It may only be a few days into the new year, but Harry Styles has already made sure to kick off 2021 with a bang. First, there was the video for his latest single, “Treat People With Kindness,” which saw the singer transform into a flamboyant cabaret star with Fleabag creator Phoebe Waller-Bridge wearing matching glitzy Gucci looks. Then, over the weekend, Styles was spotted attending the wedding of his agent Jeff Azoff and his bride Glenne Christiaansen in Montecito, California. And while his signature flamboyant Gucci suit with a western-style bow tie would have attracted plenty of interest on its own, it was the fact Styles was spotted walking hand-in-hand with writer and director Olivia Wilde, who was wearing ethereal, full-length, floral Gucci dress, that made it a memorable style moment.

The pair are working together on Wilde’s new film Don’t Worry Darling, currently filming in Los Angeles. Though if Styles’s cover profile for Vogue last month is anything to go by, there was clearly already a level of mutual respect between the pair before they met—Wilde noted that she and costume designer Arianne Phillips “did a little victory dance” after they booked Styles for the film, “because we knew that he has a real appreciation for fashion and style”—with Page Six reporting that the pair are understood to be dating.

And now, Styles and Wilde have been spotted again out and about strolling through Santa Barbara, California, in a similarly stylish—if altogether more relaxed—pair of fits. For Styles, this meant a cozy brown hoodie and grey sweatpants topped off with a hot pink cashmere beanie by The Elder Statesman. (Bonus points for his other accessories too: Styles went for a pair of Kurt Cobain-style white sunglasses and a paisley bandana as a face mask.) Wilde, meanwhile, wore a cropped argyle sweater by cult label La Ligne paired with brown velvet trousers and a set of low-top white Converse. While rumors that Styles and Wilde are now dating are yet to be confirmed, if they do prove to be true, it’s clear the pair already have the perfect coordinating style formula down pat.