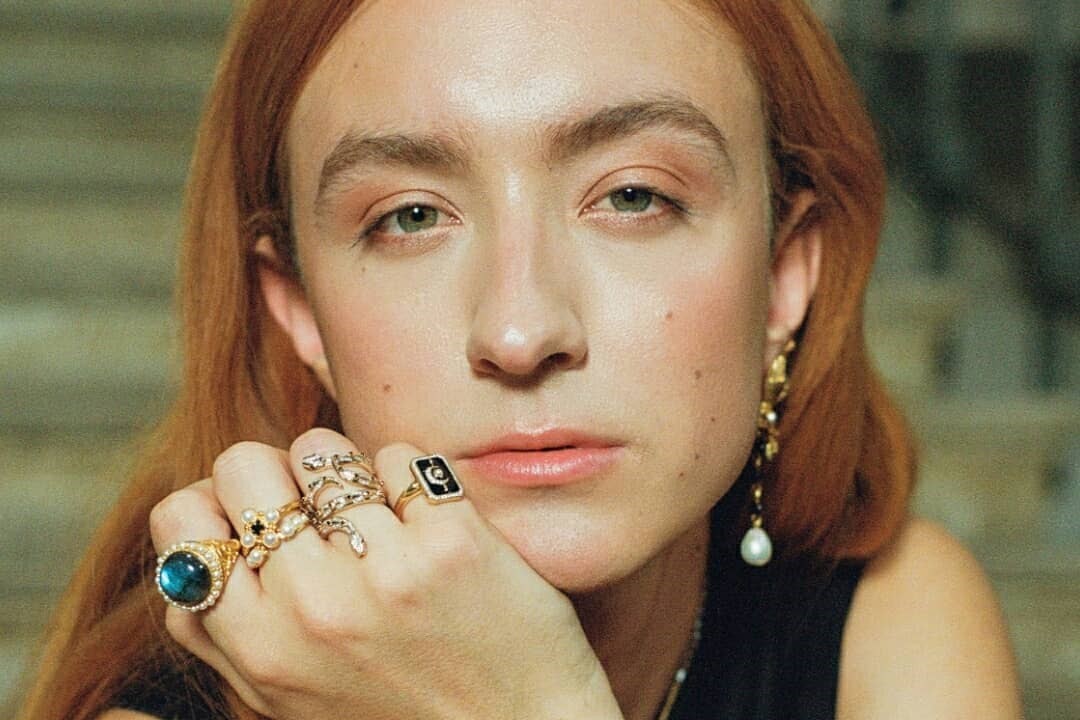 Rimowa gets a Rih-brand, and Dapper Dan gets his fashion flowers

It was just a couple of days ago that British-American designer Harris Reed deified Iman Abdulmajid, quite literally crowning the boundary-breaking supermodel in a radiant, multi-layered crinoline and gold leaf gown for the Met Gala. The dress, which took 400 hours of hand-tacking and hand-embellishing to make, went beyond the night’s Americana theme to symbolise prosperity and new beginnings  – “a ray of light,” as Iman told reporters. Yet those words could just as easily have described the bedazzling rise that Reed has experienced since the model swept onto the red carpet. And now, the emerging designer is apportioning this shine to a new jewellery collaboration, which launched yesterday with Missoma.

“People kept asking me when a Harris Reed jewellery collection was coming,” they say, dialling in from New York. “I’m literally always dripping in jewellery. Even if it’s just a two dollar piece or crazy, faux Georgian items, I wear them with actual 18th century, or early 19th century pieces.” Despite knowing better, Reed never removes thid jewellery, even if it makes swimming or showering a struggle. “I shouldn’t say that, it probably ruins the pieces and over time they tarnish, but that just makes them more personal, more beautiful I think”. Although Reed has never, technically, sold jewellery before, it’s always been a part of their creative process as a designer, often sketching elaborate ideas to sit alongside their collections – a star pendant here, a serpent ring there – “that embroidered, ornate sensibility is vital to what inspires my work,” they say.

Today’s capsule expands the Harris Reed mythology by way of hefty cocktail rings, celestial, occult-like bracelets, and could-be-antique earrings. “It was about making pieces that can stand alone at a party or a fabulous red carpet piece”, inspired by the designer’s jaunts across the globe – from “amazing swap meets in LA to little vintage markets in Rome when I was an apprentice at Gucci.” It was about creating pieces which stand the test of time even, hence the collection feels as though it could have been found within someone’s lifelong jewellery box. Reed clearly understands the emotional, and grounding, value of jewellery. “For me it’s a cocktail ring that I’ve worn my entire life,” they say, “it’s like falling apart and I never take it off unless it’s for work or something. My mum originally bought when she was pregnant with me in Paris, and one of the cocktail rings is very much inspired”

While much of the collection comes from literal references – Reed’s favourite piece is a hand-shaped necklace taken from the door knockers in Rome – certain iconography finds deeper resonance, too. “The collection started by looking at this specific breed of butterfly which has two genders. And we’ve heard this so much from me but I’m constantly fighting for the beauty fluidity. So that butterfly acted as a staple piece and the shaking hands are a symbol of agreeing to those terms. The swords and the daggers are about fighting for who you are and snakes represent a shedding of skin – whether you’re coming into a new style in your life, or perhaps a new sexuality. Anything that is new.”

The rest of fashion news this week has, of course, been dominated by the Met Gala, where Billie Eilish made Oscar de la Renta terminate its use of fur, Frank Ocean babysat X AE A-XII, and Lewis Hamilton paid for emerging Black designers to attend. For anything else that may have passed you by, click through the gallery below.