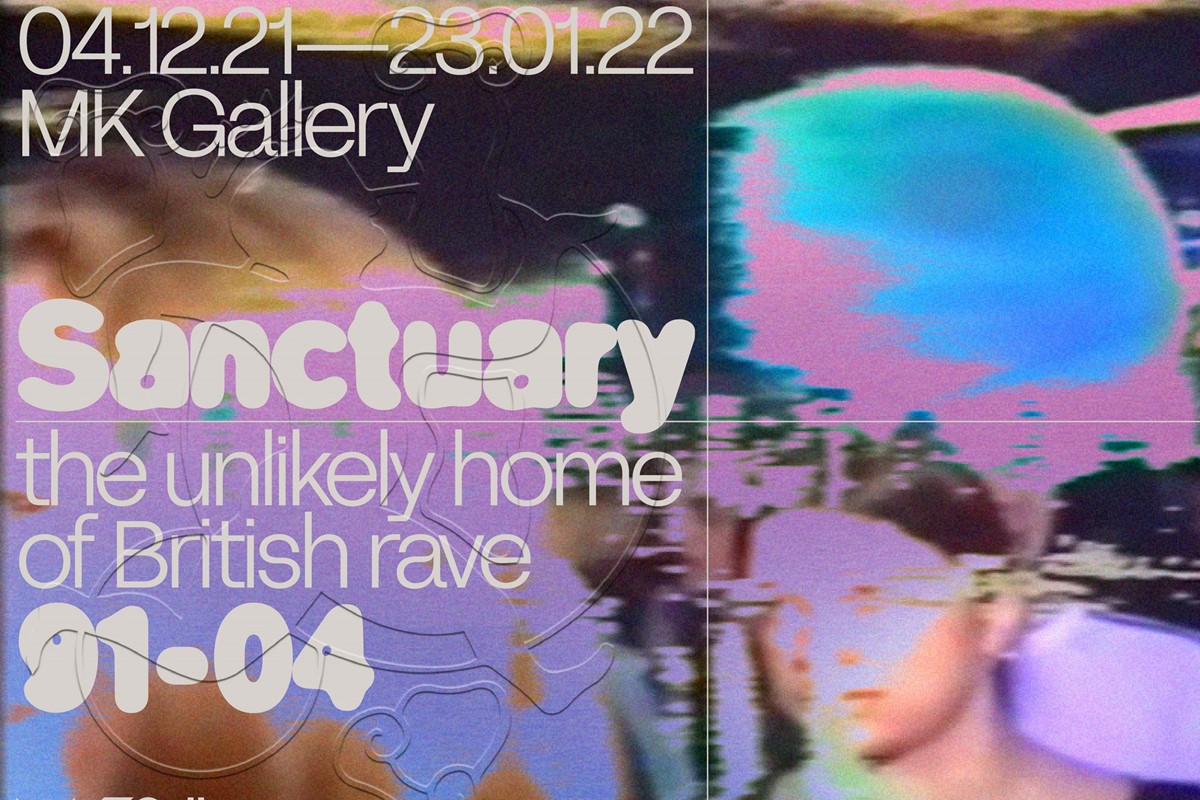 Sanctuary: The Unlikely Home of British Rave brings together ephemera and artefacts from the former nightlife mecca

In 1997, Manchester’s legendary Hacienda nightclub was demolished to make way for a block of luxury flats, named – quite ghoulishly – The Hacienda Apartments. Three years prior, the Eclipse club in Coventry was sold to the city’s university, while Diehard in Leicester was converted into a (now-empty) retail space. In Milton Keynes, meanwhile, an IKEA now stands on the ground where a million ravers once flocked to The Sanctuary – an all-night honeypot open from 1991 to 2004.

From the Second Summer of Love in the late 80s to New Labour’s crushing Criminal Justice and Public Order Act (which shut down events where music was “characterised by the emission of a succession of repetitive beats”) the timeline of the UK rave scene can be mapped onto the MK lodestone. And now, The Sanctuary is the subject of an archival exhibition spearheaded by Dazed’s former head of fashion, Emma Hope Allwood, marking 30 years since it’s first rave, Dreamscape 1, was held.

As she returns to her hometown, Allwood’s debut foray into curation will house all the ephemera, merch, flyers, and footage from the leisure centre’s kaleidoscopic club nights – Helter Skelter, Fantazia, Jungle Fever, and Hardcore Heaven. “It wasn’t until I became a journalist and came across the flyer for Dreamscape 1 that I learned of The Sanctuary,” she says. “For me, this project is about doing justice to the youth culture history of MK – a place which is too often unfairly maligned as a cultural void.” Which makes sense, given a cursory Google will tell you the “vibrant town” is “best known for its roundabouts”.

Beyond the sweat-slicked walls of The Sanctuary, Allwood aims to shed light on the city’s wider relationship to nightlife, including the locals behind Sunrise, the acid house promoters responsible for underground raves in the late 1980s. But the exhibition is also a project in community conservation. From 2-5pm on Saturday 13 November, the gallery is inviting anyone with rave memorabilia to have their objects scanned and preserved within the virtual archives of the Museum of Youth Culture – with the chance to have them showcased in the upcoming exhibition. This will be then followed by a free screening of Jeremy Deller’s 2018 exploration of acid house, Everybody in the Place: An Incomplete History of Britain 1984-1992.

Sanctuary: The Unlikely Home of British Rave will open on December 4 at MK Gallery’s Project Space, with support from Carhartt WIP. Check out @sanctuary.mk for more.