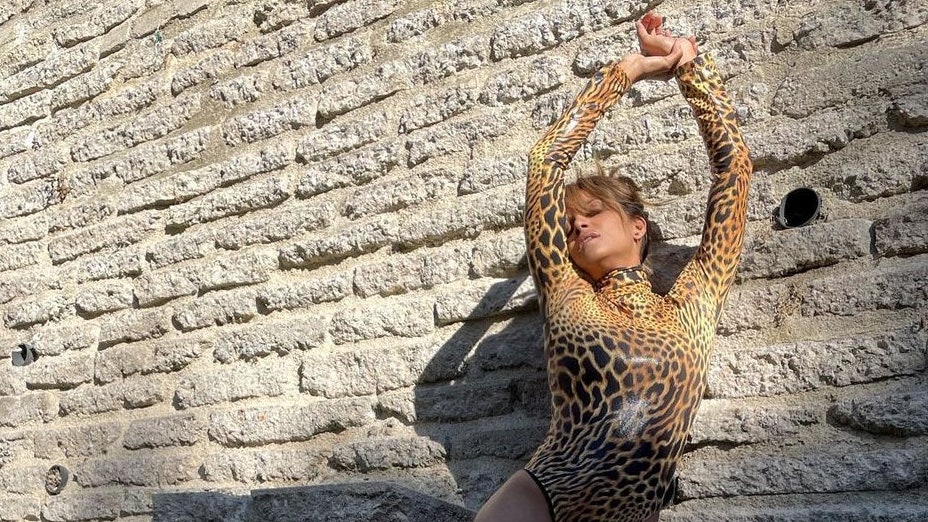 Halle Berry has been feeling herself recently. Today, the 54-year-old posted an image of herself wearing a cheetah print bodysuit and matching thigh-high boots. Her caption was simple: “hitting all the right spots…” Get it? Spots? Like a cheetah, or defined quite literally as “to be satisfied”. Berry has jokes! Berry has style! The combination goes a long way.

That’s not the only standout Instagram moment from the actress as of late. Berry’s feed has been full of killer get-ups. One of my favorite images is from in mid-April: she’s standing on lush-surrounded steps wearing a metallic mesh dress by La Dolce Vita with straps across the thighs and across the back. Her caption read, “mediocre called, i hung up…” In another, she wears a metallic gold jacket by Collin Milano and a pair of Miu Miu sunglasses. She also goes casual, too. Back in early April, she wore a brown bra paired with cargo pants tied at the ankle by Laquan Smith. “when the pants so dope, you don’t need a top. thank you @laquan_smith,” she wrote.

Berry mastered hot girl summer before the season even starts. Maybe this is partly due to the actress’s boyfriend, musician Van Hunt. You can truly feel the love between the duo—through Instagram photos, that is. Even better? She dresses up with her beau. Back in early April, Berry wrote “this ain’t no lukewarm kinda love” to go with an image of her and Van Hunt. Berry wore a red semi-sheer dress by Samantha Black while her boyfriend wore a beret and a graffiti-scrawled jacket.

Berry has long been a mainstay on Best Dressed lists. “Halle has always loved fashion, and she always will,” writes her stylist Lindsey Flores. After all, her sheer Elie Saab dress from the 2002 Oscars is iconic. But Berry’s recent posts feel refreshing for the actress. In the past, most of her images were fitness-centric, while more recently, they’ve become more infused with fashion pieces and It items. And the fact that Berry pairs each sizzling ‘fit with witty captions? It makes it that much more double tap-worthy.