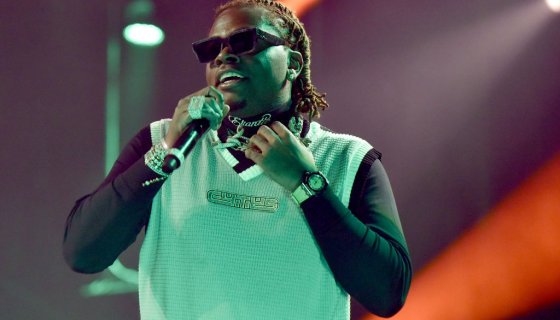 has been dogged by rumors of cooperating with the police after a clip of the rapper surfaced that some framed as an episode of Crime Stoppers. The College Park, Ga. rapper shot down the rumors during a chat with The Breakfast Club, stating that he wasn’t on the show and further, he’s never stopped a crime.

During the sitdown with DJ Envy, Angela Yee, and Charlamagne Tha God, Gunna, who is prepping to drop his sophomore album this week, joined the hosts a four-way video call and gamely took on questions.

Around 12 minutes in, Charlamagne cut to the chase and mentioned the clip from late 2019 that was reportedly leaked by Louisiana rapper Tec as part of an ongoing feud with Young Thug.

Gunna explained that the clip wasn’t Crime Stoppers and that it was taken out of context. While he admitted to being in the video, Gunna was adamant that he’s never participating in anything resembling snitching while mentioning such acts wouldn’t be tolerated where he’s from.

In other news, Gunna is set to drop is new full-length Wunna on May 22.

Check out the Gunna and The Breakfast Club chat below. Hop to the 12:30-mark to get to what we just covered.