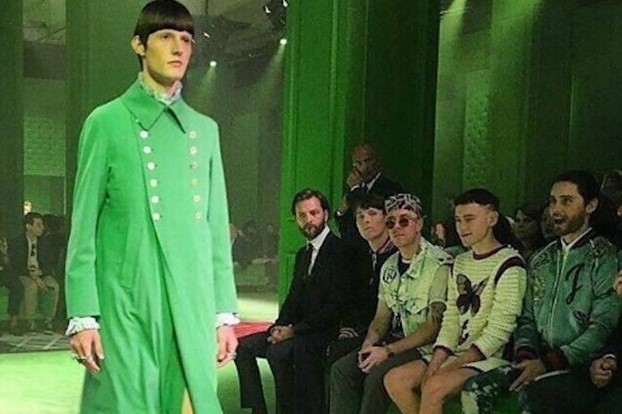 Cast your mind back to Gucci’s SS17 menswear show and you might recall Jared Leto sitting in his usual front-row spot, looking overcome with joy as a bright green, double-breasted button-down coat came down the runway.

In the time since, the actor has made his Gucci super-stan status known by wearing a bunch of Alessandro Michele’s creations on the red carpet across the course of the last few years – from the moment he carried his own head down the runway at the 2018 Met Gala, to the Suicide Squad premiere, when he appeared in the very green coat he’d swooned over previously.

Now, it seems like Leto might be cranking things up a notch in terms of his Gucci obsession, given he’s reportedly in talks to take on a role in Ridley Scott’s upcoming movie… well, Gucci.

Telling the story of the murder of Maurizio Gucci – grandson of the Italian label’s founder, Guccio – Lady Gaga is tipped to play Maurizio’s ex-wife Patrizia Reggiani, who was found guilty of orchestrating his assassination in 1995, while Robert De Niro, Adam Driver, Al Pacino, and Jack Huston are also linked to the movie’s production.

With the movie due to be released in Novermber 2021, watch this space for more updates and check out the Gucci AW20 collection in the gallery below.