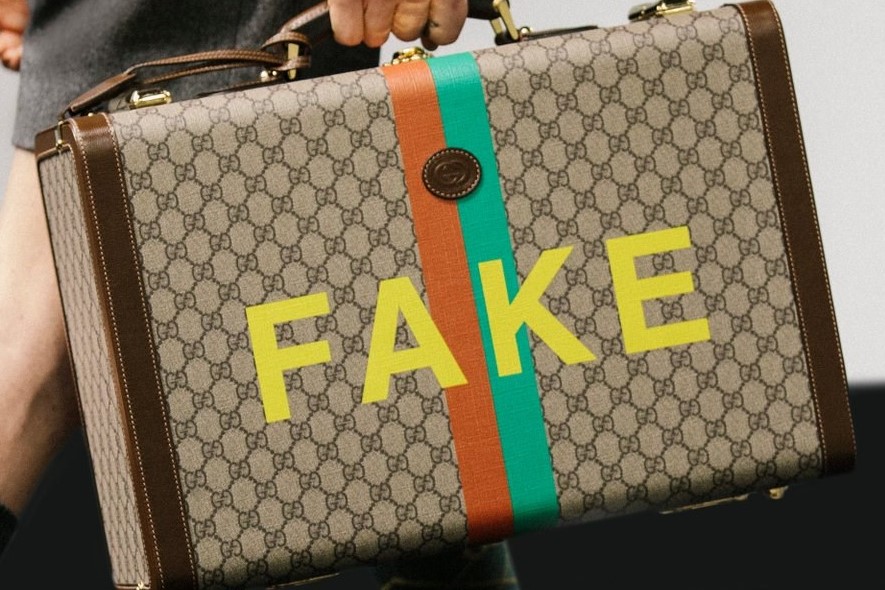 Fashion loses an unfathomable amount of money each year thanks to counterfeiters ripping off their goods, so it’s no surprise the industry is starting to fight back.

Doing just that right now is Gucci, which has linked up with Facebook to file a joint lawsuit against one person allegedly using the social media platform to sell knock-off Gucci items.

According to the suit, the individual used a number of accounts across Facebook and Instagram (which is also owned by FB overlord Mark Zuckerberg) to advertise fake luxury items for sale.

Despite Facebook’s efforts to remove these ads, with the company deactivating over one million posts peddling counterfeit goods in the first half of 2020 alone, the seller continued to offer up their wares on the platform before the charges were eventually filed this month.

The move comes just six months after Amazon took legal action against two influencers who were using the platform to sell a huge number of fakes by the likes of Dior, Chanel, and (surprise!) Gucci.

Amazon claims Kelly Fitzpatrick and Sabrina Kelly-Krejci came up with a scheme that saw them evade its counterfeit detection systems by posting images of the designer item next to a more generic style on their Instagram stories and encouraging followers to buy via a hidden link that took them directly to Amazon.

Instead of sending out the generic item buyers placed the order for, the alleged scammers sent the initial counterfeit product seen on their IG instead. Fitzpatrick even outlined the whole process on her website Stylee and Grace.

In recent years, other luxury labels and fashion brands have ceased trading via Instagram or otherwise linked up to crack down on counterfeiters. After a New York-based label allegedly copied Valentino’s Rockstuds and started selling them via Amazon, the platform joined forces with the Italian house to file a joint lawsuit against the group. Nike and Birkenstock also cut ties with Amazon between 2016 and 2017 as fakes flew off its digital shelves.

Check out Gucci’s latest show in the gallery above, and revisit key Balenciaga-branded pieces by the label in the one below.