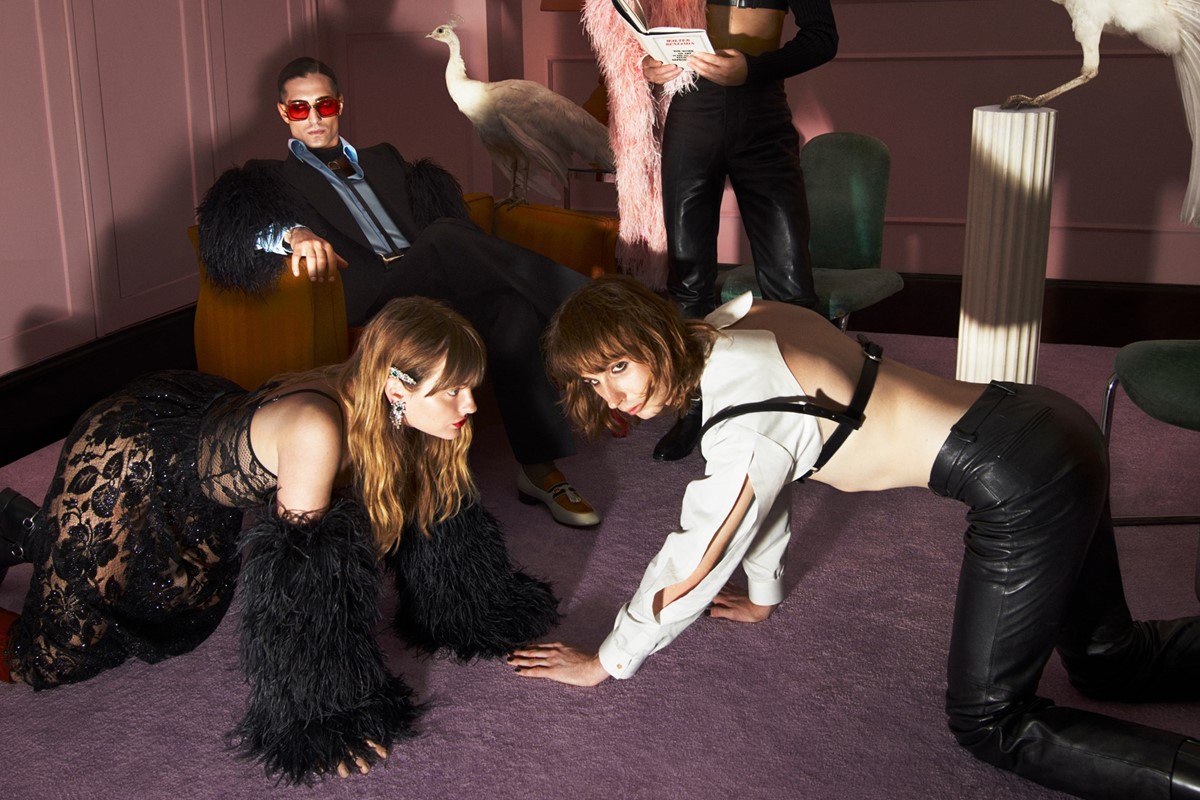 And though you shouldn’t pit the girls against each other, lead singer Damiano David’s blustery marabou feather boas cast a deep shadow over Harry Styles’ lacklustre scrap of tinsel. According to Michele, the imagery “captures the revolutionary and joyful impetus of eros” – words which provide an apt description for Tom Ford’s tenure at Gucci, as does the band’s guitarist slinking semi-nude across the floor. See the gallery above for a first look at the campaign.

Elsewhere, New York Fashion Week made a clamorous return to the fashion week schedule after a two-year-long hiatus this week. Collina Strada kicked the events off with its farm-to-table SS22 collection, swiftly followed by Peter Do’s ice-cool debut, and Aaron Philip’s turn on the Moschino runway. Nensi Dojaka was announced as this year’s winner of the LVMH prize, while Teezo Touchdown became the face of Marc Jacobs’ Heaven. Otherwise, Brandy Melville was outed as a toxic and misogynistic workplace just as a sweep of OG supermodels spoke out against sexual harassment. Oh, and Jonah Hill stormed into the Whitehouse with all the energy of a desperately disillusioned, but It-bag-loving scion – looking at you Barron Trump.

Check out the gallery below for anything else that may have passed you by this week.