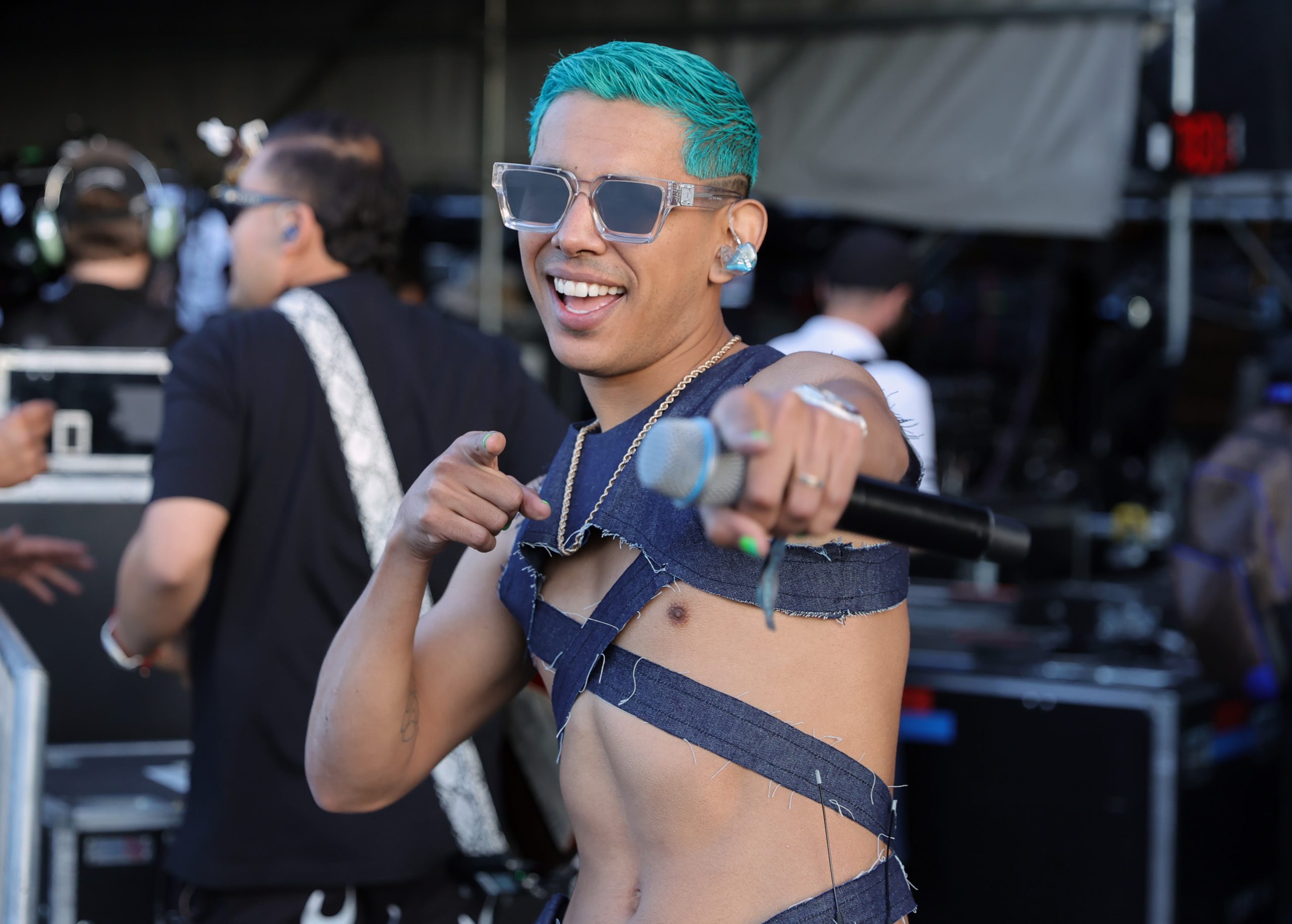 With LGBT Pride Month around the corner, we love seeing our favorite artists participate in events that help represent their communities. With that in mind, it was recently announced (May 9) that Jhonny Caz, Grupo Firme’s third vocalist, will be crowned the “king” of Mexico City’s Gay Pride 2022. The event will take place on June 25 – and we can’t be any more excited about it!

“Our king of this year’s Gay Pride is confirmed,” the Mexico City Gay Pride’s organization Instagram post revealed. According to BandaMax, the “Ya Supérame” group member will also be part of this year’s talent lineup.

A Twitter user said: “It’s great because [of] the visibility that Jhonny has given the LGBT community, [about the] stigmas and ideas at an international level. [He] is doing very well!”

In 2020, Caz clarified rumors about him being gay after the group’s “Enloquéceme” cover, which had fans speculating if he was acting or not when the video showed him being attracted to a male. According to BandaMax, he responded in a public Facebook video: “I am gay… it’s something I’m not ashamed of and it’s natural.” According to the same source, Caz was aware that Regional Mexican would be a difficult genre to break into, especially with a small representation of the LGBTQ+ community. So, when Caz openly came out as gay, Grupo Firme then became the first Regional Mexican band with an openly gay member.

Fast forward to this week, Grupo Firme received the Key to the City recognition in Mexico City, where they were celebrated for “breaking macho stereotypes and promoting inclusion and respect for sexual and gender diversity.” In a genre historically dominated by machismo, this clearly means a lot – not only to the Grupo Firme member, but also for the Regional Mexican movement overall.

As far as the group’s new music goes, Grupo Firme has recently released a cover of “Watermelon Sugar” by Harry Styles. In their banda-infused inspired version called “Sabes a Tequila,” the group shows the diversity that the Regional Mexican band offers – especially when it comes to their creativity and breaking musical expectations. We can’t wait for what Grupo Firme is up to next!