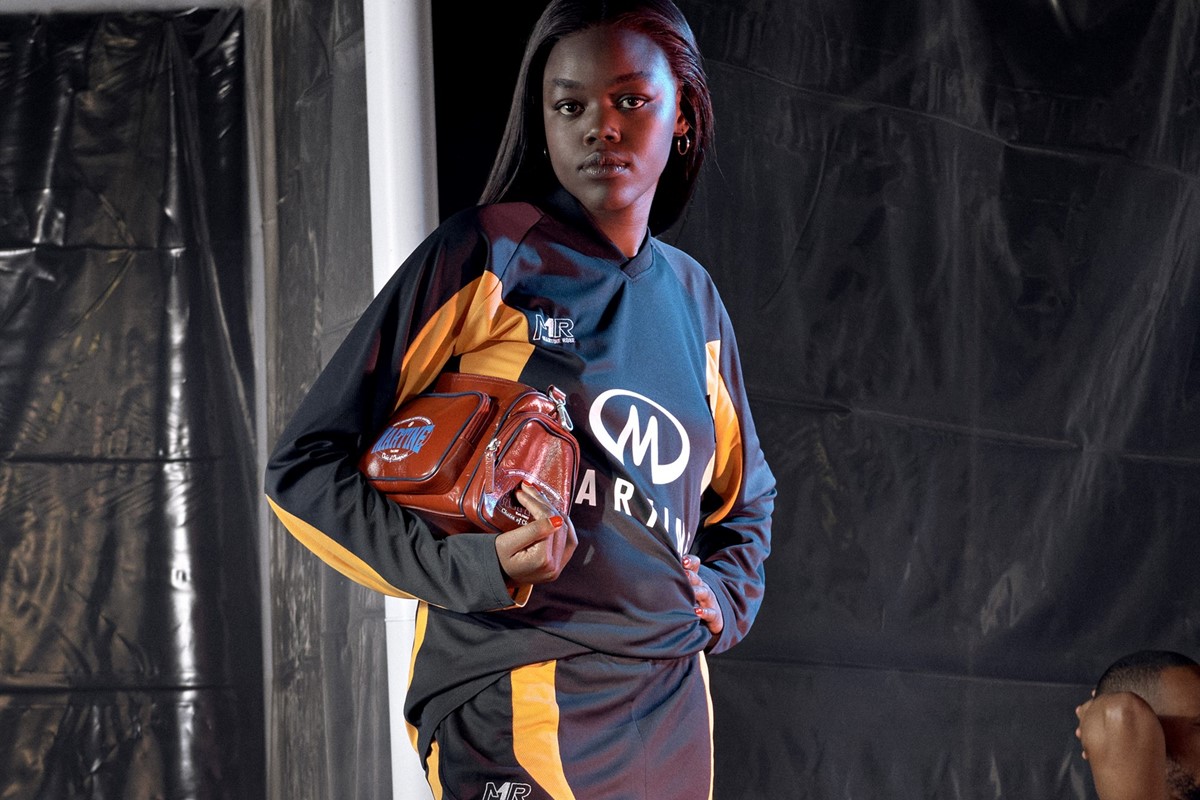 There are few British subcultures that Martine Rose will not inhabit for inspiration, gathering the country’s wheeler dealers and feeding them through her funhouse mirror like some kind of fashionable pied piper. We’ve seen gabber skinheads in trippy denim, bedraggled businessmen in barely buttoned suits, and suburban yardies in frilly wedding shirts and square toed loafers. Football lads have, of course, remained a constant.

It makes perfect sense, then, that Rose should be appointed to design the England supporter’s shirt for the upcoming Euro 2020 in collaboration with Nike. In an interview with The Face magazine, the designer describes the “intimidating” task of taking a mass market product and making it cool. Rose explains that the shirt is indebted to the lost Lionesses, the English team that played at the unofficial women’s World Cup in Mexico in 1971, prompting the FA to overturn the 50 year ban on the women’s game in the UK.

For Rose, fashion is inherently political – for her spring 2020 show, the designer put forward a strong anti-Brexit sentiment, with t-shirts emblazoned with an ironic “Promising Britain” slogan. “The story of the Lionesses is a political story,” she says. “It’s political that they were banned. It’s political that there is such inequality between men and women’s football. It feels like something we need to discuss and that’s a political issue, surely.”

Balancing this messaging – as well as Rose’s berserk pattern cutting – with the commercial demands of popular sport, means that this shirt may well be the designer’s most subversive piece to date. The shirt is oversized, genderless and reversible, with an England crest on one side and a Martine Rose crest on the other. It’s particularly disruptive knowing the designer’s background with English insignia, too – “if we saw people with football shirts on as kids, we were told to cross the road. Absolutely avoid them because there was something threatening you, unpredictable.”

Aside from Rose’s own takedowns on the football shirt, certain national kits have become certified fashion grails over recent years. There was the Palace and Umbro England shirt in 2012 and the Nigerian world cup shirt in 2018, which became a sell out sensation in and of itself. And no doubt the Martine Rose England shirt will cause a similar furore, bridging football and fashion like it’s the Christmas truce of 1914 all over again.

The Euros kick off on the 11 June – stay tuned for Martine Rose’s drop details.