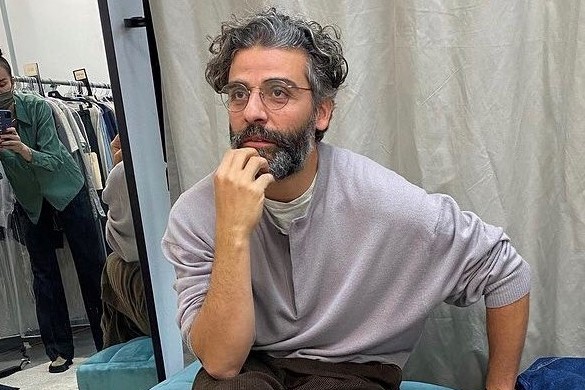 With Mrs P trading in the twinks for the twilighters every ten years, we picture the Prada catwalk of 2032

Ten years ago, Prada sent out Wiliam Dafoe, Adrien Brody, and Gary Oldman as part of its AW12 show. It felt regal and appropriately cinematic, producing the kind of imagery that archival Instagram profiles and High Fashion Twitter personas frequently return to. And as the lights dimmed on her most recent show, it became apparent that Miuccia may well have been following these accounts (on her very discreet burner), plotting to recreate that same intoxicating collision of fashion and pop culture for AW22.

So, exactly ten years to the season, she enlisted Jeff Goldblum, 69, and Kyle MacLachlan, 62, to vamp through an intergalactic runway, heralding the biggest moment of fashion month. But perhaps Miuccia is also growing weary of spindly boys traipsing up and down her catwalk every six months. While young flesh was on the menu this season, too, she knows that it sometimes takes a certain type of man (refined and wise) to match the gravitas of her designs. It’s the difference between a stag steering itself through a meadow and Bambi finding its legs in a puddle of amniotic fluid. Maybe that’s over-hamming it, though, having seen Goldblum’s trample.

Anyway, the whole thing got us thinking, with Miuccia swapping out the twinks for the twilighters every ten years, what would a 2032 runway look like? Who would the internet decree a Pra-daddy? Perhaps Che Diaz? Adam Sandler? Steve Buscemi? And how exciting to think… Who will get cancelled before then? Perhaps a gay for pay Stanley Tucci? Or an armpit-huffing Óscar Isaac? Below, we take a look at the slowly sagging faces of Hollywood to read the runes of a Prada runway set in the year 2032.