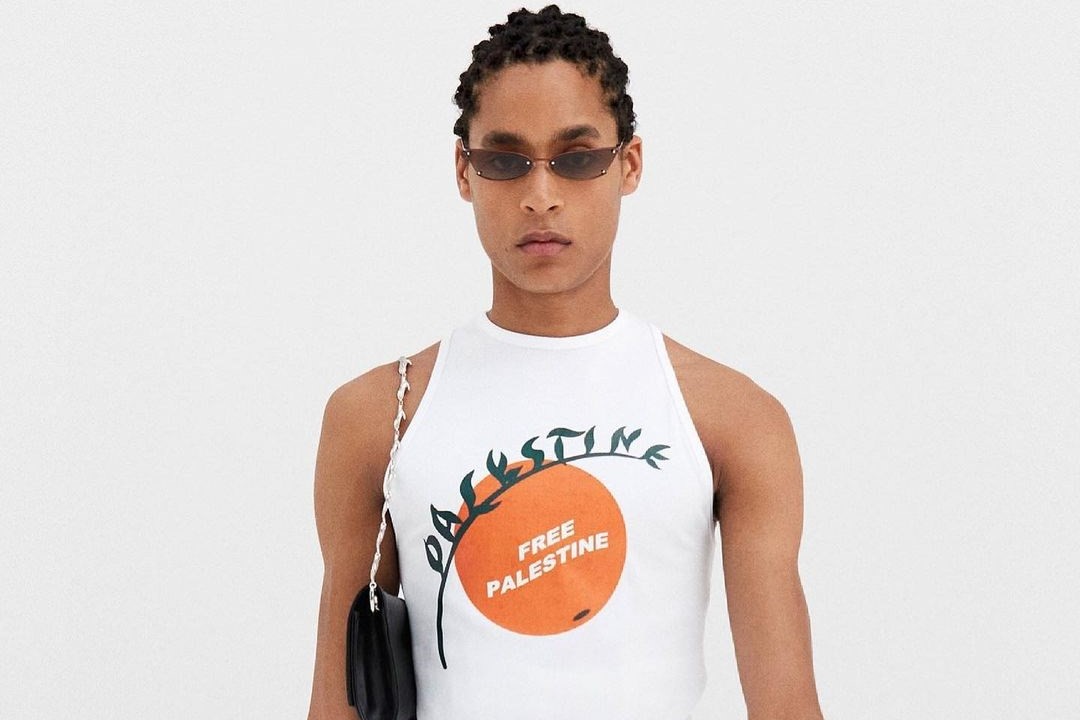 Palace and adidas drop a ‘wellness’ collaboration and the Fashion Awards are back, baby

As the colonialist state Israel continues to impose violence and persistent ethnic cleansing on the Palestinian people, GmbH has been, perhaps, one of the only fashion brands to call for a free Palestine. Though, that comes as little surprise. The Berlin label’s founders, Serhat Isik and Benjamin Huseby, have never shirked from addressing politics, making their solidarity with oppressed groups the bedrock of their brand. The duo’s amplification of immigrant and queer communities, as well as the trans rights movement, has been notable. And now, GmbH has come together with Palestinian label Trashy Clothing to produce a Free Palestine capsule.

Based on Trashy’s archival research into historical Palestinian art and activist graphics, the two labels have created a bandana vest and t-shirt, both of which debuted during GmbH’s SS22 show earlier this year. Pre-orders are now open, with all proceeds split equally between two Palestinian charities – AlQaws, an LGBTQ+ organisation and The Land of Canaan Foundation, which supports agricultural projects, prioritising small farmers who have lost crops during the occupation. “We hope these items can help amplify the visibility of the Palestinian fight for freedom, as well as supporting organisations working in the region,” Isik and Huseby said.

In other news, fast fashion behemoth Boohoo came under increased scrutiny this week following IPCC’s code-red climate report – with its CEO coming out in public defense of its practices, offering walking tours of the company’s allegedly exploitative factories to prove its “commitment to transparency”. Similarly, knitwear designer Bailey Prado spoke exclusively to Dazed on having her “whole life” copied by Shein. In more positive headlines, however, Tavi Gevinson announced she would be thrifting her Style Rookie era looks, while Thierry Mugler’s iconic creations are heading to a Paris museum. Incidentally, Cardi B had a go at recreating the designer’s breastplates in her new Lizzo video, “Rumors”.

Check out the gallery below for the best of the rest in fashion news this week.