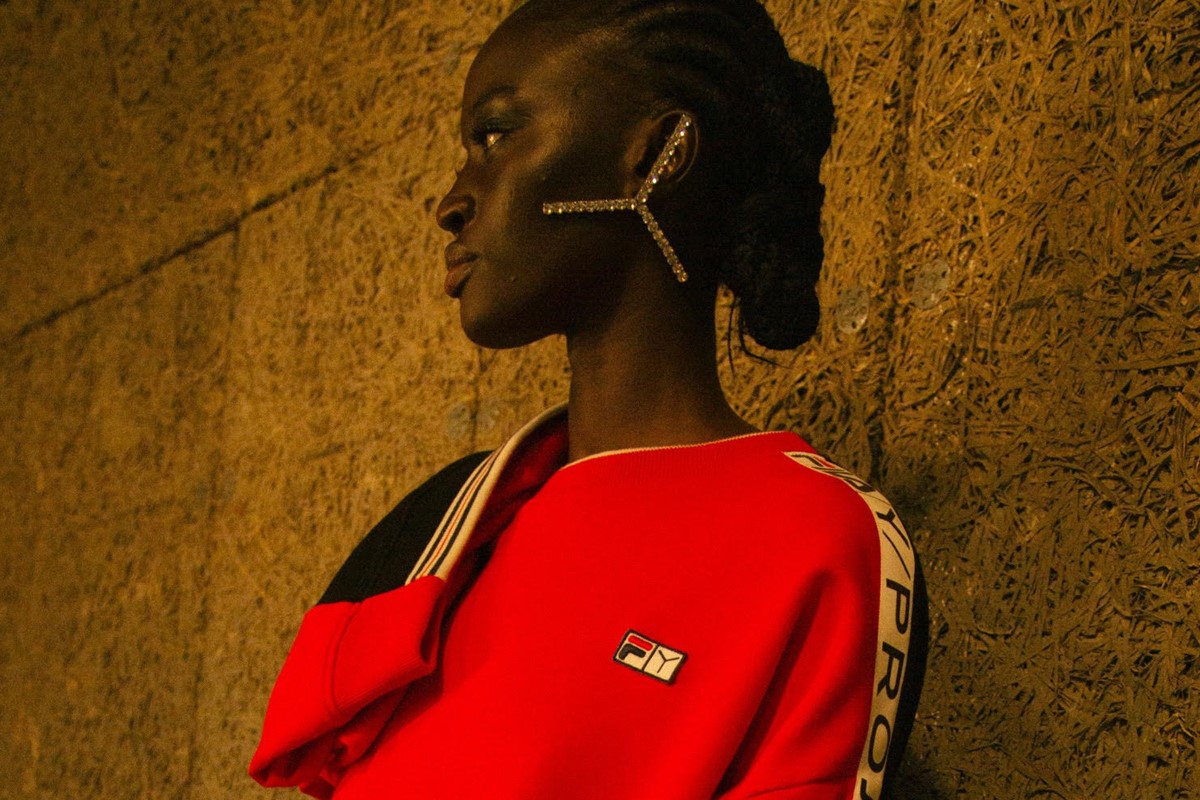 ‘You definitely won’t do much sport in it’

When you think of Fila, what springs to mind? For some, it’s the sweaty dancefloors of the Haçienda circa the early 90s, while others might correlate the Italian athletic behemoth with the sports casual looks seen on football terraces around the UK. When Y/Project designer Glenn Martens is asked what the label means to him, the frenetic gabber raves of his formative years are conjured up. “It was definitely the most popular sportswear brand in Belgium back in the 90s,” he recalls. “I spent so many nights in my teens trying out those dance moves. I never succeeded, though.”

The designer might not have mastered the Hakken, but now, he’s getting the chance to reimagine the uniform of those that did. Joining forces with Fila for SS22, Martens has twisted the label’s signature F logo and a succession of signature styles in his own twisted vision. The whole thing dropped yesterday as part of Y/Project’s new season Paris Fashion Week show and consists of subversive, skewed takes on some of Fila’s most recognisable classics.

In typical Martens fashion, tracksuit bottoms were blown up to enormous proportions, with popper fastenings to allow the wearer to arrange to their liking – be that flapping wild and free, or scrunched and bunched up the leg until they became voluminous shorts. Classic polo shirts came with skewiff collars ripe for experimentation – an armhole becoming the neck opening or vice versa depending on your mood – while what looked to be a skirt was actually a gargantuan pair of pants the model had shoved both legs through.

Demonstrating the eclectic ‘got dressed in the dark’ charm Martens is renowned for, the whole thing was finished with some extreme branding, as the Fila logo and F emblem clashed up against Y/Project’s own moniker. “It’s like a marriage,” explains Martens of the collab. “We just went for it, the crazier the better! The result is quite explosive – you definitely won’t do much sport in these,” he adds with a laugh.

The Fila collab follows in the footsteps of Martens first-ever Diesel collection, which landed last week to critical acclaim, and his partnership with footwear label Melissa, whose pointy, Cinderella-like rubber slippers also featured in this season’s Y/Project offering. The designer admits he’s been a busy boy, but reveals the pandemic, while not without its challenges and difficulties, was a good change of pace – when it came to this collection, he had a whopping six months to chop and change his mind and develop his output, when usually he’s restricted to a couple of months at most.

The result is an uproariously joyful collection that feels perhaps even more fun than usual. Alongside the Fila and Melissa collabs come slinky slip dresses with diaphanous panels that can once again be adjusted at the wearer’s discretion, billowing trench coats with seams that almost feel as if they got stuck in the sewing machine, and all manner of playful denim styles – from the designer’s notorious chaps to his double-fronted jeans, the only thing conspicuously missing are his ever-outrageous jean-panty hybrids (or janties, to us fully-indoctrinated Y/Project fans). No matter – there’s more than enough to satiate the die-hards, plus a whole bunch of pieces sure to score him a new set of devotees, too.

Check it out in the gallery above.