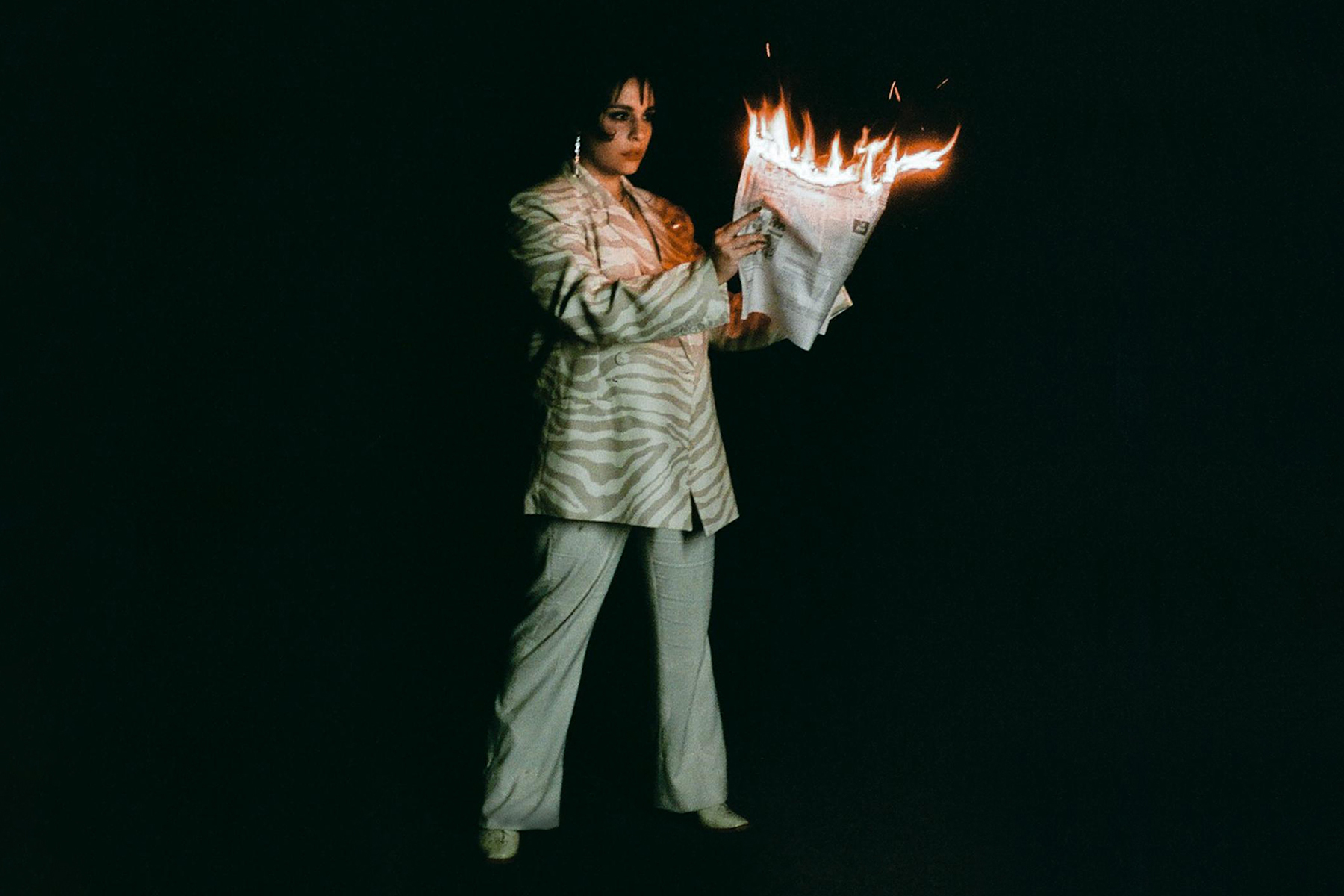 Girl Ultra’s “Rosas” is a pearly hybrid, landing somewhere between old boleros and neo-soul. It opens like a dirge, with flecks of somber acoustic guitar and breathy, choir-like harmonies. But by the end of the track, Girl Ultra has somehow transitioned all the way to Nineties R&B — think of finger-picked ballads from Tony Rich, Maxwell, or Sade — and a chattering beat rat-a-tats beneath the pretty, unhurried instrumentation.

“‘Rosas’ was a pretty experimental recording for me since I was incorporating some of my deepest recent influences such as trip-hop, house and Mexican boleros with some jungle music as well,” Girl Ultra said in an email. She wrote the track and co-produced it along with Ángel Arizpe and Alejandro Chapa; it’s the first song from the singer’s next EP — the follow-up to 2019’s Nuevos Aires — which is currently untitled.

The video for Girl Ultra’s latest track, directed by Cole Santiago, strings together a series of arresting images: A dog running across a sunny beach, two women calmly breakfasting in a completely empty house. As the clip comes to an end, a woman walks into the sunset as a small vase of roses and then a newspaper burst into flame. “Girl Ultra and I wanted to create a visual that began with soft romantic images,” Santiago said, “and ended in fire.”