The 4-time NBA Champion, Shaquille O’Neal, has many nicknames including The Diesel, Superman and The Big Aristotle. But in the EDM community, he is known as only 1 name, DJ Diesel. Shaq is obviously best known as one the most dominant players in NBA history but what not many people know is that he began DJing as a hobby back when he was just 14 years-old. Following his retirement from the NBA, Shaq explored the idea DJing actual shows and actually made his debut performance at Tomorrowland in 2016.

With Miami Music Week just around the corner, DJ Diesel has revealed that he will be throwing his own party this year to add on to the festivities. The event is called “Shaq’s Fun House” and will feature a lineup consisting “10 Top DJs” alongside a performance by DJ Diesel himself. Shaq’s Fun House will take place at a secret warehouse in Wynwood on March 23rd from “2:00 AM until sunrise”. To make things even better, attendees will be able to enjoy carnival rides as well as free food courtesy Shake Shack.

I know what you’re thinking. “WHERE CAN I BUY TICKETS??” Well, unfortunately, the event is invite-only so no tickets will be available for sale. But this doesn’t mean you can’t attend! You can RSVP for Shaq’s Fun House here and although RSVP doesn’t guarantee you admission to the event, 1000 lucky fans will be “Drafted” and given tickets to attend the event. You can check out the ficial promo below and be sure to RSVP for your chance to attend the exciting event! 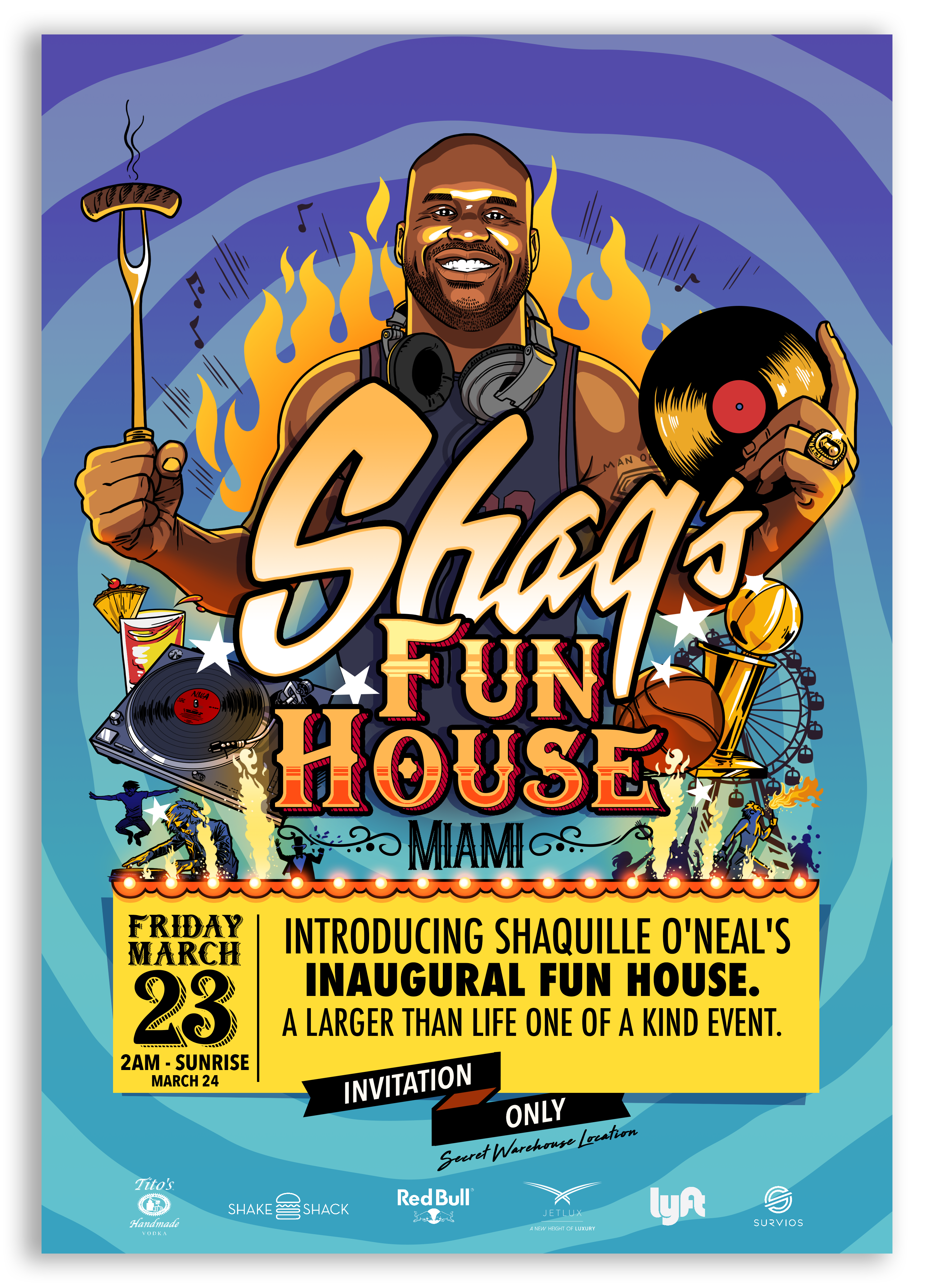