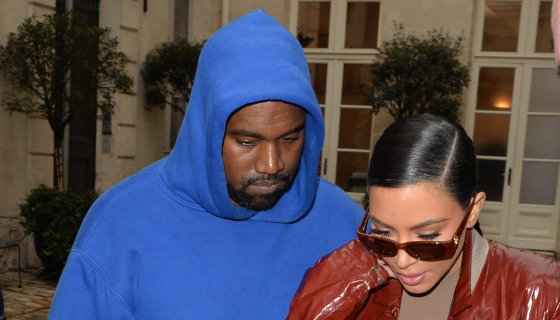 That escalated quickly. If you bet Kanye West would have a relatively tame Monday (July 20) after a previous day that included a and wept about almost aborting his firstborn, you would have lost.

Yeezy kicked off the week with struggle that included failure to make the South Carolina ballot, an alleged ask to have Jay-Z as a running mate and calling the Kardashian’s out. We’ve compiled what went down because he doesn’t deserve a whole bunch of posts—especially if this turns out to be a ploy to sell more records.

Back to that Presidential campaign. According to New York’s Intelligencer blog, Kanye West’s campaign is being run by amateurs, and one of them is described as a “spiritual advisor.” Sounds on brand considering his notoriously clumpy political statements.

Technical Difficulty, No SC Ballot For You

In order to get on South Carolina’s ballot in November, West had to submit 10,000 signatures of support by noon on Monday. That didn’t happen. He did apply to get on the ballot in his home state of Illinois, though. This is where we mention Kanye West has been living in Wyoming. Man of America?

According to TMZ, Madame Tussaud’s went ahead and created a bust of Kanye West just in case he does become POTUS. Spoiler, not gonna happen. It does look like him, though.

JAY-Z for VP! Might Want To Speak To Hova, Though

Back on Sunday, Yeezy spoke to Kris Kaylin about his campaign. He revealed that although he already had a VP in Michelle Tidball, a Wyoming preacher, he still wouldn’t his running mate to be Jay-Z. Also, he hasn’t spoken to Jay-Z in years (they were ).

Apparently, Kim Kardashian is mad, “furious” per People. Particularly because of the whole we almost aborted North spiel that West went on during his South Carolina event. We trust she’s been concerned for a while now, no?

Late yesterday, Yeezy hit Twitter and some of the tweets were wild disturbing. While saying that the movie Get Out was about his life (umm, that’s not the film’s plot, at all), he came for his wife’s mother, Kris Jenner.

“Kriss [sic] don’t play with me,” he tweeted. “You and that Calmye are not allowed around my children. Y’all tried to lock me up.”

He also said that Kim tried to come to Wyoming and lock him up.

This is a cry for help if you’ve ever seen one. Just saying. A bunch of the tweets are now deleted, but this is the Internets.

After his bizarre presidential rally in South Carolina Kanye West tweets mysterious messages that seems directed to his mother-in-law Kris Jenner. Ye’s Kardashian/ Jenner family was reportedly dismayed at his most recent antics on the campaign trail. (See previous post)

West’s final tweet of the night was to promote his new album, DONDA, of course. Over the weekend, West had that the album would be out July 24.

Many people are stating the obvious, Kanye West needs to get his mental health in order. It was almost four years ago that after his own doctor called 911. After his release, he took a break from social media for damn near a year.

Remember, this was just Monday. Let us know what you think of Mr. West’s activities in the comments.