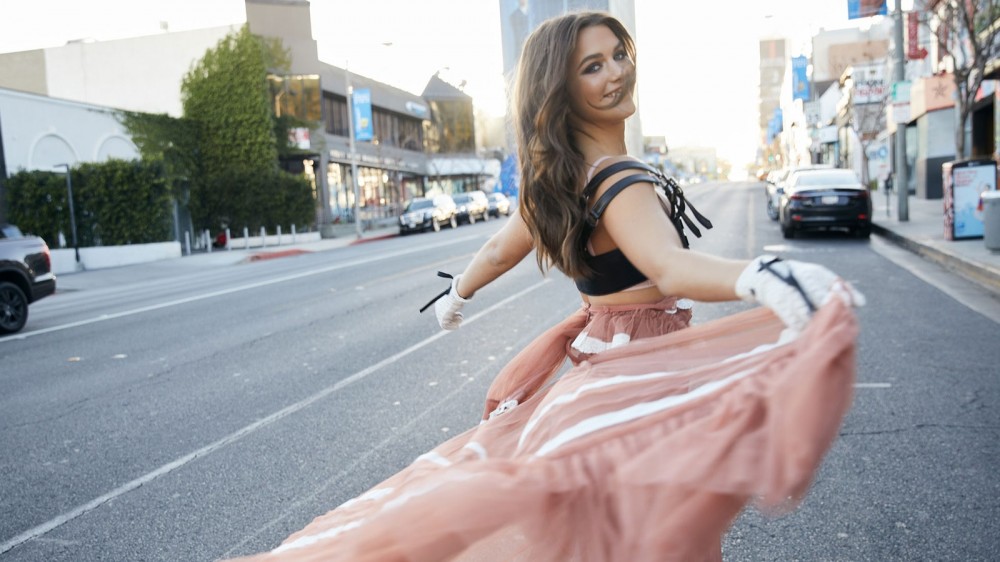 Teen stories just keep getting better. The soapy melodramas and silly comedies of the past have been replaced by series like Euphoria, We Are Who We Are, and Grand Army. With their relatable subject lines, diverse casts, and willingness to tackle difficult subject matter, these shows have changed how youth culture is depicted on screen. This month, another series was added to the list of innovative adolescent programs: Generation. The dramedy, produced by Lena Dunham, is helmed by Gen-Z talent including co-creator Zelda Barnz, who is just 19. It introduces a dynamic cast of characters whose intersecting storylines capture what it’s like to be a teenager in 2021.

That realism was a draw for actress Chloe East, who portrays mercurial Naomi. “I remember getting the audition for Generation and being blown away by how brilliant the writing was,” East shared via email. “[It] speaks the voices of Gen-Zers so poetically and authentically. The language felt so spot-on. It almost feels like the conversations were directly plucked from a high school lunch table—which, in a way, it kind of was. Having solid writing is one of greatest blessings as an actor. It makes our job so much easier.”

East is used to being the youngest person on set (she’s been acting since she was 11) but she found herself surrounded by peers her own age during the shoot for Generation. “It’s a different dynamic for sure, lots of laughs and wild energy,” says East. Portraying an unfiltered yet social media-obsessed character like Naomi was a new experience. Outspoken and overly attached to her twin Nathan, her story arc involves falling for the same guy as her brother. “After watching the opening of the show, you can anticipate the emotional turmoil Naomi will have to endure throughout the season,” East explained. “She navigates all her problems with acrylic nails and a perfectly curated Instagram feed. [Growing up] in Orange County with very restrictive conservative parents, she took every opportunity she could to rebel against them. As a result, it turned her into the crass, party-loving girl she is.”

For the series’ virtual premiere, East and her stylist, Molly Dickinson, brought a bit of that rebellious energy into the evening’s look, taking a frilly piece from Alessandro Michele’s Fall 2020 collection for Gucci and roughing it up. “We wore the dress as a skirt, which is how they styled it on the runway,” says East. “Molly and I thought it was such a unique look when we paired the skirt with the harness. It made it all the more unique and cool, and we thought it was such a creative way to wear it.” Though her daring outfit didn’t have its red carpet moment, East was thankful that the cast and crew found an inventive way to celebrate. “I could get really bummed thinking about how my castmates and I can’t gather to celebrate and dance, but on the other hand, we are beyond blessed to have shot an entire show during a pandemic,” she says. “I feel so fulfilled and very grateful. I hope people can connect and relate to our character’s stories. If someone watches the show and feels less alone in their experience growing up, no matter what age they’re at, I’ll feel like our show did its job.”