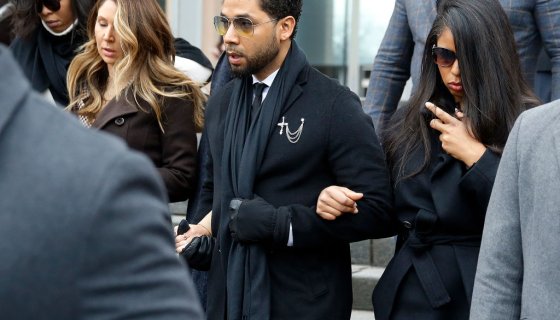 Remember ? Yes, the actor is still around and is now attempting to leverage the current civil uprising for his legal issues.

As spotted on Page Six, the California native is still in a tug of war with the Chicago Police Department over his 2019 hate crime indictment. With the recent developments surrounding the brutal murder of and the countless other people of color who had their lost their lives at the hands of the law, Jussie is asking some pointed very questions regarding his case. According to the court documents sourced by Fox News Smollet wants to know why one of the force’s top leaders was terminated.

On Friday, June 5 his legal team filed a motion stating “as we see millions across the country rise up to protest and expose police misconduct, the city [of Chicago], by its refusal to produce the requested documents, is choosing to actively resist a citizen’s lawful efforts to reveal dishonesty, directly relating to the charges against him”. The paperwork also noted that the fired badge “oversaw and publicly commented on the investigation”.

Today we were one…of 50,000. As my sister, brother and friends walked with our not-so-distant cousins from all walks of life…one of my closest friends/confidant/shero @peacegina looked down and saw the star of her father and freedom fighter, King #HarryBelafonte. It reminded me of the backs that we stand on. The legacies that have been built for us… by us. And it reminds me of why we can’t silence our voices. Why we keep yelling even when it seems like no one is listening. The movement can’t be stopped. This is an axis shift… if we really want it to be.

The Gay Tupac still faces six charges stemming from him allegedly staging a hate crime in January of 2019.